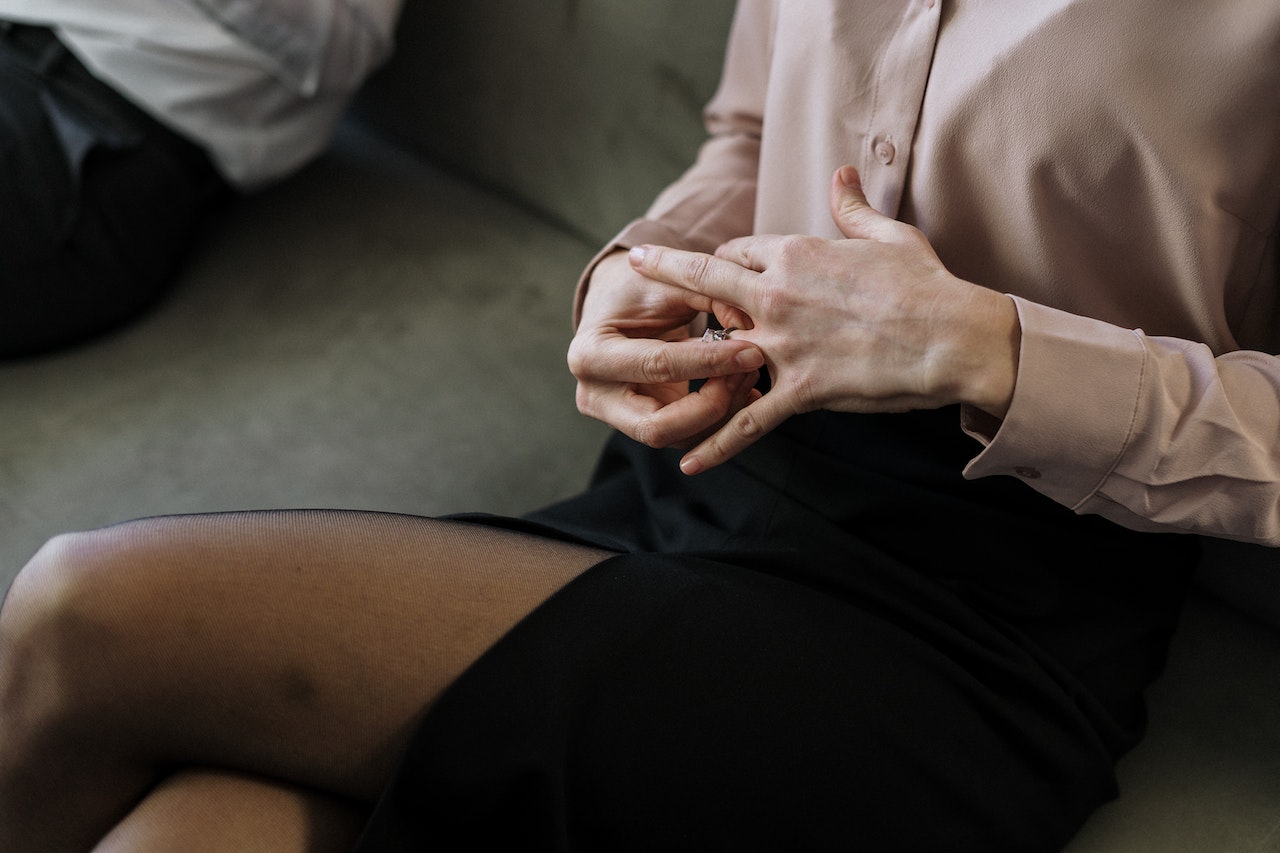 Anthony Kane Evans, author of “The Settlement”, has had around sixty-five short stories published in various UK, French, US, Canadian, Nigerian, Singaporean, and Australian literary journals and anthologies such as London Magazine (UK), Orbis Quarterly International Literary Journal (UK), The Tusculum Review (US), Going Down Swinging (Australia), and The Antigonish Review (Canada) among others.

He was an insurmountable problem, that’s what Chelsea told me, holding me tight. There was no way she was going to get a fair settlement as he had money in various off-shore accounts and investments in such far-flung places as Outer Mongolia, Central Africa, and the Mog-Mog Islands.

“But four million,” I said. “That should set you up for life.”

She looked at me.

“Hey, I don’t want your money! I only want your love.”

“That’s not what I mean. What I mean is that four million sounds a lot to you.”

We were in the café overlooking the flea market at the back of the town hall.

“Find anything?” she asked.

I showed her two books: a slim volume of Verlaine’s poetry and a chunky hardback containing the wisdom of Chuang Tzu.

“Look what I found.”

She opened her bag. There was a revolver down there.

“You find that at the market?”

“Does it fire real bullets?”

“I’m kidding, look get me another latte, can’t you?”

When I returned with the coffees and some croissants, she was reading the Chuang Tzu.

“This makes no sense,” she said. “He says that he doesn’t know if he is a butterfly or a man. He’s as nutty as my husband, he is.”

“Your gun is what makes no sense,” I said.

“If he’s dead, I’ll get more than four million.”

“He’s probably changed his will by now, leaving it all to the Butterfly Society.”

He had already left a lake to them on one of his properties. It was his only good point.

“You forget we have the same solicitor,” she said.

She gave me an envelope. I opened it.

“Why would I want to go to Dublin?”

“You always said you wanted to trace somebody’s footsteps through the town.”

I looked at the ticket. Flight out Friday. Hotel Liffey.

“It might be a bit noisy, there’s a pub underneath it, but you get a great view of the river,” she said.

“The less you know, the better for you.”

We were in a restaurant, the restaurant of a fancy hotel.

“What’s the matter with you?” she said, pulling her knickers back on.

“How can I think about sex, when you’re planning, oh, I don’t know what!”

“You’re not supposed to think about sex!”

She passed me the oil.

“Can’t you do my shoulders, they’re killing me.”

“I’m not surprised, that gun is a dead weight!”

I rubbed the oil in whilst she pulled her stocking on.

I stood on the bridge, reading the James Joyce quotation. I walked down by the river. There were some noisy drunks down there, teenagers. I wandered up and down the streets with my Joyce Map of Dublin, holding my nose – with a monogrammed handkerchief, courtesy of Chelsea – against the stench of the Dublin buses; I would also have liked to hold my ears against the noise.

“Don’t forget the statue of Oscar Wilde in the park,” the receptionist had said.

“Don’t forget the paintings in the National Gallery, the ones found in the poetry of W.B. Yeats,” he had said.

“Don’t forget The Dubliners are playing in the pub downstairs tonight, it’s their comeback gig!” he had said.

Instead, I took the train up to Sligo and did a cartwheel on W.B. Yeats’ grave out at Drumcliff.

When I got back the deed was done. The police came round to my flat. They knew I’d been to Ireland.

“You might as well come clean, Mr. Lewis,” they said.

“My wife liked your last poetry collection, My Gazelle Lost in a Midtown Movie House,” they said.

“River Liffey, my arse,” they said.

“These ginger biscuits are first rate,” they said.

“Slipped off to Sligo on the sly, did you?” they said.

“Don’t leave the country,” they said.

“Oh, and one last thing, Mr. Lewis, could you just autograph this for my wife, to Carol, great.”

I went to see her in prison. She cried a great deal.

“My husband is dead, murdered!” she said and cried some more.

The policewoman or prison guard or whatever she was finally left us alone.

“Like I’ve got a motive. Like I’ve got an over-talkative solicitor who can’t decide if he wants to make love to me or send me down. Oh, for God’s sake don’t pout, he hasn’t got a chance, it’s you I love,” she said. “Now shut up and let me think.”

We were silent for a while.

“Don’t look so down-hearted,” she said. “I’ll be out within the week; you mark my words.”

We drove down to the marina and went aboard The Lucky Fluke.

“Did you pull the trigger?”

“You wearing a wire?”

“Take your T-shirt off.”

I took it off. Then, she felt me down there, but it was no sex game.

“No, I didn’t pull the trigger,” she said. “He was killed, practically decapitated, using a machete.”

“You didn’t read the papers?”

“The Irish have other things on their minds, like a black hole where their economy ought to be.”

“The cops didn’t tell you?”

“No. We spent most of the time going over T.S. Eliot’s The Waste Land. It’s interesting, the grip that poem still has on the English imagination.”

“Must have been one of his African associates.”

“Because they were the ones he was mainly cheating on.”

“Did the police tell you that?”

“The police! Don’t make me laugh. They can’t find out anything. I had to tell them.”

We sunbathed. Then went below deck and made love. I began to feel better about the whole thing. I mean, that she hadn’t shot him in cold blood. That maybe she’d had nothing to do with it. That maybe karma had caught up with the corrupt financial wizard.

“What are you doing?” she said.

“The murderer, silly, that’s who. He’s been arrested in Africa. Now they just need to get him extradited.”

She was waiting for me at the café opposite the flea market. She’d already got the coffees and the croissants in.

“Find anything?” she said.

I held up Valéry’s Art of Poetry and William Cowper’s The Task.

The morning finds the self-sequestered man

Fresh for his task, intend what task he may.

She lifted an attaché case and clunked it down on the table. Then pushed it towards me.

“Books, I don’t know if you’ll like them, the woman at the bookshop was most helpful.”

I made to flick the catches.

“Oh, so now you’re a millionaire, I don’t cut the mustard anymore?”

“It’s not like that, Mark. Besides, I’ve always been a millionaire, at least since I married poor Frank.”

“The solicitor, I suppose?”

“You mean he’s borrowed your gun and is pointing it at your head.”

“Save the melodrama for your poems, can’t you. Besides, you’ve never trusted me since you got back from Dublin.”

“I mean, it was you who told the African that your husband was cheating him?”

“He was a nice man. We shared an interest in African masks of the early twentieth century. You know, the ones that inspired Picasso, the ones he saw down The Trocadéro Museum, the ones that frightened him. Well, it might just have slipped out, about Frank. Anyway, you don’t seem too cut up about us breaking up.”

“The trust thing has been nagging at me. Me not trusting you. You not trusting me. And then, I don’t know, I just haven’t been myself since Dublin. My poetry’s gone to pot!”

Back home I threw the attaché case on the bed. I spent the afternoon reading the Valéry and making notes. It was full of good advice and the echoes of eclogues. I flicked open the attaché case. The coral-plated revolver was in there and a lot of money. It took a long time to count. Four hundred thousand. I checked the inner pockets. No books. I shook my head slowly. Typical! That would have been going to too much trouble, wouldn’t it? Choosing some books! Even with the help of a book seller!

If you’ve enjoyed “The Settlement”, you can visit our free digital archive of flash fiction here. Additionally, premium short fiction published by Mystery Tribune on a quarterly basis is available digitally here.