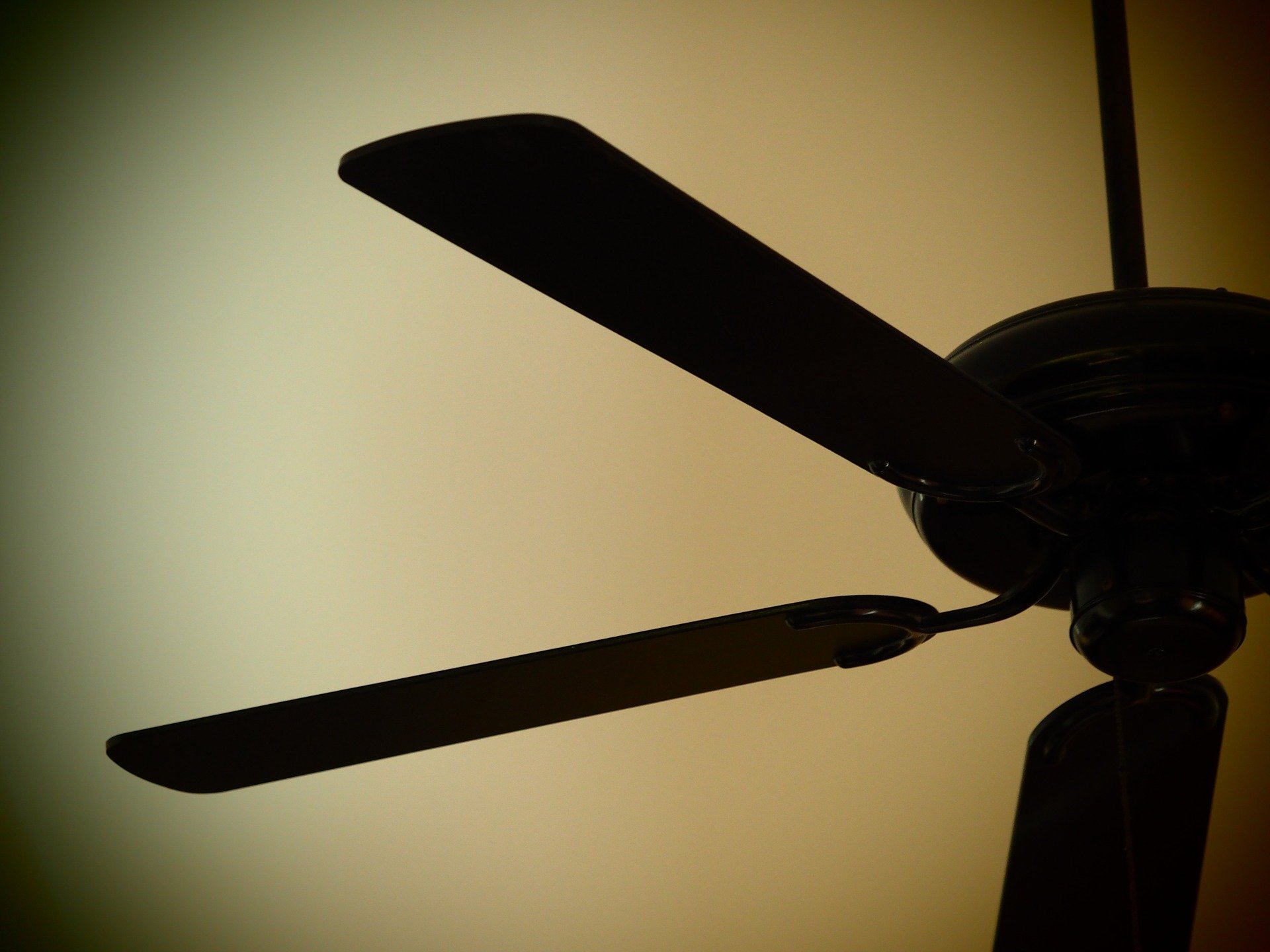 Mark Cotton, author of The Switch, lives in Missouri with his wife and two cats. He is the author of the novels Two Bits Four Bits and Twice the Heist, and his short fiction has been published by Shotgun Honey and Yellow Mama.

Never divorce a hit-man, Bobby thought as he stepped down from the ladder. Especially not one with military training in explosive ordnance handling. Learning to defuse those IED’s in the desert in Iraq gave him the specialized knowledge he needed for this little weekend project. He walked across the bedroom and studied the ceiling fan.

The change wasn’t detectable, even though the fan motor now held enough C-4 plastic explosives to obliterate everything inside the bedroom and destroy the rest of the two-story house that Bobby and Sheila had built six years earlier in the exclusive Lake Hills Subdivision. A house that would belong to Sheila alone once the divorce was final.

…Sheila became friends with Tiffany, a knockout blonde from across the street…

The trouble with the marriage started when they finished the house and moved into that ritzy neighborhood. Right away, Sheila became friends with Tiffany, a knockout blonde from across the street who was partial to wearing form-fitting yoga pants and revealing tops. Before long Sheila and Tiffany were inseparable.  Sheila started spending a weekly “girls’ night out” with Tiffany, sometimes not coming home until the wee hours of the next morning.

Everything was fine for a while. Tiffany was attractive and free-spirited and fun to be around. Bobby enjoyed looking at her and found the combination of her face and body a nice change of scenery from Sheila. And, at first Bobby didn’t really mind the girls’ night out, since Sheila seemed to rag on him about helping out more around the house anytime she was home.

But then one day, Sheila and Tiffany were spending the afternoon lying by the pool together when Bobby saw something that made him start to look at the two women’s friendship differently.

He had been upstairs, looking out the window and enjoying the view of Tiffany lying on her stomach with her bikini top unfastened, hoping she might accidentally turn over on her back before remembering re-fasten it. Sheila had gotten up off her lounger to go inside an refill their drinks when she suddenly bent and kissed Tiffany on her cheek and gave her a playful swat on her ass.

It was probably just an innocent kiss, but Bobby started to wonder if there was more to the relationship than met the eye. The fact that an attractive woman like Tiffany was single and living alone without a husband or evidence of a boyfriend fit with the scenario Bobby was slowly building in his mind. He began imagining Sheila and Tiffany spending their girls’ night out in a motel room bed instead of drinking and dining with a group of women at The Tipsy Tiger.

Bobby’s suspicions fueled a growing friction in his relationship with Sheila. Then, when the downhill trajectory of the marriage had begun to accelerate, Bobby saw some texts on Sheila’s phone from Tiffany encouraging Sheila to visit a divorce lawyer that Tiffany knew.

[He had been] enjoying the view of Tiffany lying on her stomach with her bikini top unfastened, hoping she might accidentally turn over on her back before remembering re-fasten it.

Bobby continued to stew inside but plotted his outward reactions carefully, so as not to ruin his ultimate plan. He agreed to the divorce when Sheila filed, and kept things friendly and uncomplicated by moving into a motel until he could find his new apartment. Sheila had accepted his suggestion that this weekend, while she was away on a snow-skiing trip with her girlfriends, would be a perfect time for Bobby to come back to the house to gather his things and finish moving out.

As he put the ladder away and re-fluffed the bedroom carpet where the ladder had made indentations, he fantasized about the day he knew would come in a few months when the weather turned warm again. Sheila would have one of her hot flashes and reach for the ceiling fan remote and BOOM! She’d finally get what she deserved.

And, if Tiffany was in bed with her when it happened, well it would be that much better. By then, Bobby would be living thousands of miles away in someplace tropical where nobody knew his name or where he came from. He took one last look at the bedroom to make sure he hadn’t left anything amiss, and then headed downstairs to carry the last box of his stuff out to his car.

When he opened the front door, Tiffany was standing on the welcome mat wearing bright yellow yoga pants and a red top that barely contained her cleavage, her hand reaching up for the brass knocker.

…if Tiffany was in bed with her when it happened, well it would be that much better.

“Oh. Hi, Tiffany. What are—I thought you were in Aspen with Sheila.”

“I need to talk to you, Bobby,” she said, stepping through the doorway and putting a hand on his chest, gently backing him into the foyer.

“Okay,” he said, unable to read the expression on her face.

“It’s about you and Sheila,” she said. “I’m the one who pushed for her to divorce you, and I want you to understand why.”

“It’s okay, Tiffany,” he said. “You don’t have to explain. I’m sure you had your reasons.”

“I can’t help the way I am,” she said. “When I see something I want, I won’t stop until I get it. And, I’ll do whatever is necessary to make it happen.”

“I’m sure you and Sheila will be very happy together,” Bobby said, as politely as he could.

“Me and Sheila?” she laughed. “That’s pretty funny.”

She stepped closer and gave him a warm, long kiss before taking his hand and leading him toward the stairs.

“Come on,” she said. “The idea of making love to you in Sheila’s bed really turns me on.”

Afterward, Bobby’s mind was still spinning as he stepped into the master bathroom to relieve himself. He couldn’t help grinning at his own image in the mirror and marveling at how things had turned out.

“Damn, lover,” Tiffany said, as he opened the bathroom door. “You really got me overheated. This is the remote control for the fan, isn’t it?”