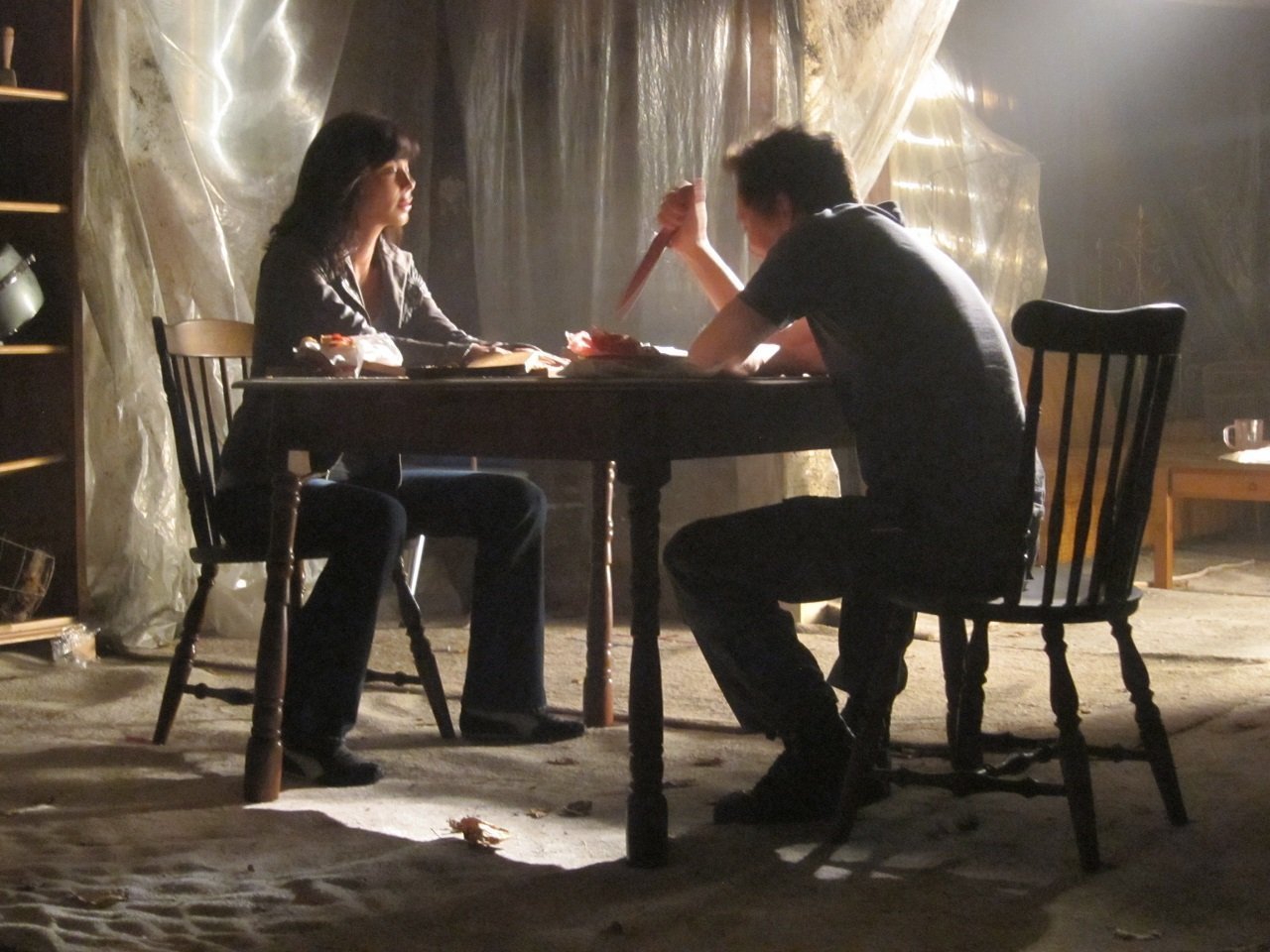 With a notable effort in putting the made-for-TV mystery movie genre back on the screen, TNT has started a new series called Mystery Movie Night. This, in a nutshell, is a pack of six films airing through Christmas, based on crime fictions written by best-selling authors.

On December 13 (tonight) at 9 ET, Mystery Night Out will feature Good Morning Killer from April Smith. April is the author of four novels starring FBI Special Agent Ana Grey. She is also the executive producer for this film and has adapted the book for this TV thriller. In the past, she has done other TV works as well including being a producer for Cagney & Lacey and Chicago Hope.

The movie is based on a fascinating novel with the same name: An electrifying new thriller that brings back the complex, strong-willed, often-maverick FBI agent—Ana Grey—whom we first met in the author’s stunning debut novel, North of Montana.

This time Special Agent Grey is working on a kidnapping case—a fifteen-year-old named Juliana has been abducted in Santa Monica. Grey’s counterpart in the Santa Monica Police Department is Detective Andrew Berringer. They’ve worked together before—and they’ve been more than just working together ever since.

It’s Ana’s job “to know the victim as if she were my own flesh and blood.” But when Juliana turns up—traumatized into a state of total and paralyzing terror—it becomes clear that Ana has gone too far: she is viewing her own life from the perspective of Juliana’s blasted emotional terrain. And in a moment of passion (Andrew has betrayed her) and panic (is it possible that he also means to harm her?) Ana points a gun at him and shoots.

Now she is both criminal investigator and criminal as she breaks her bail agreement to continue tracking the abductor, torn between her powerful emotional connection with Juliana and the fraying connection she has to her own common sense and to the truths she knows about Andrew—and about herself.