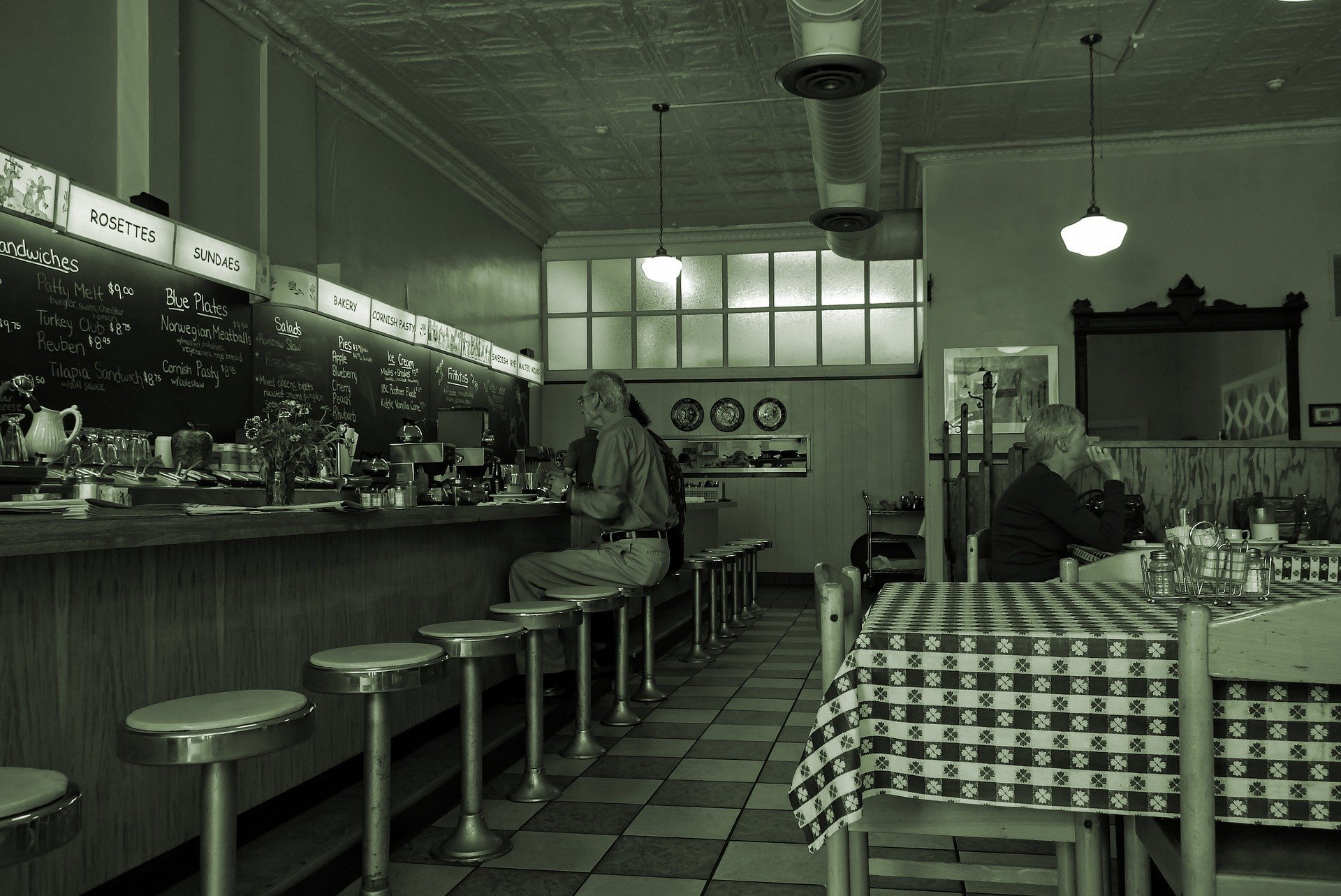 To Keep A Secret: Noir Flash Fiction By J.B. Stevens

J.B. Stevens, author of To Keep A Secret, lives in the southeastern United States with his wife and daughter. His short fiction and narrative non-fiction has been published by Mystery Tribune, Out of the Gutter, Close To The Bone, Thriller Magazine, Story and Grit, Punk Noir Magazine, The Dead Mule School of Southern Literature, and many others.

Keith met Barry at the Waffle House near Cherokee, in Western North Carolina’s Appalachian high-country. Inside, it smelled of frying bacon and Clapton’s “River of Tears” played from hidden speakers. The two men hugged, sat, and ordered from a fleshy waitress with nicotine stained fingers.

After she left, Barry talked. “Think any more about my plan?”

“How many times do I have to pay?”

“I’m not either. I just need money. You know what I’m doing for cash. I don’t even like men. I hate myself.”

Keith sipped coffee. The grounds assaulted his mouth. “I can’t. I’m a father. A legitimate businessman.”

The waitress returned with food. Barry bit the waffle. Syrup dripped in dense brown globs. “Like you spend time with your kid.”

Barry was dope sick. Keith let the barb slide. “I feel like I’m paying for your habit. Not getting you off smack.”

“Fuck you for being so… normal. I can’t just forget.”

“What you did. What I helped do. One call and you’re in Leavenworth for war-crimes.”

“Fuck you for being so… normal. I can’t just forget.”

Keith breathed deep, like the VA yoga teacher instructed. His mind skipped back, and his hands felt blood-sticky and he smelled the dust, but he drowned the memory with ice-water. “Just…“

“I want to support you, not sell drugs.”

“I got problems.” Barry cried.

“PTSD is real. You’re the victim.” A good lie, Keith almost believed it.

“With? I was following. I saw what you did to that kid.”

Barry was the best of them. A pure soul. Keith’s chest ached. “Here’s the deal, I got you a thick-as-fuck coat.”

“I’m getting you a room, tomorrow.”

“So my ex doesn’t see the credit-card statement and think I’m fucking whores.”

Barry frowned. “You talking shit about how I earn?”

“Whatever. After the hotel?”

“Rehab. Kick the junk and you’re on with my landscaping crew.”

“I should be leading them, not on the squad. You owe.”

“That’s why I’m hooking you up. My life depends on your silence.”

“The motel’s near the lake. Meet me by the Cheoah Dam. Tomorrow. Two.”

“That’s in the middle of nowhere.”

“I don’t want my ex, or her people, seeing us. They’re up and down those hollers.”

“The fuck am I supposed to do tonight?”

“That’s why I got this coat, to take care of you.” Keith held it out.

The coat was nice. Notch lapels, navy-blue, a touch of cashmere in the blend. He bought it at some cheesy surplus store with “Fortunate Son” playing on repeat. The place was full of rednecks lying about their time in the shit.

Keith ushered Barry into the deep-blue embrace. It flowed and rippled down his reedy frame. The coat would take care of Barry.

They hugged. Barry felt like a deflated football with sticks inside. Heroin was evil.

This was the best way to help.

Keith looked out over the concrete, alone. The river thundered like a kid’s nightmare-monster.

Barry walked out of the forest, smiling. “We good?”

Barry screamed. He banged into the river. The splash echoed. Rapids covered his head. The coat made swimming impossible.

Keith thought of that kid bleeding in the Baghdad sand and realized Barry never had a chance.

Keith dropped the yuppie-special fly-fishing-rod he’d taken from the Asheville prick that turned Barry into a prostitute.

Peace and punishment, clean. When the Sheriff found the clues, it’d be clear.

Western North Carolina had so many drownings, Keith wondered if anyone would even care. Barry was just another white-trash junkie vet, drowned in the middle of nowhere, strung out and alone.

Relief surged. He did the right thing and it was time to get home. It was his weekend with the kid.

If you’ve enjoyed To Keep A Secret by J.B. Stevens, you can check out other stories by the author here. Additionally, our free digital archive of crime, thriller, and horror flash fiction is available here. Premium short fiction published by Mystery Tribune on a quarterly basis is available digitally here.