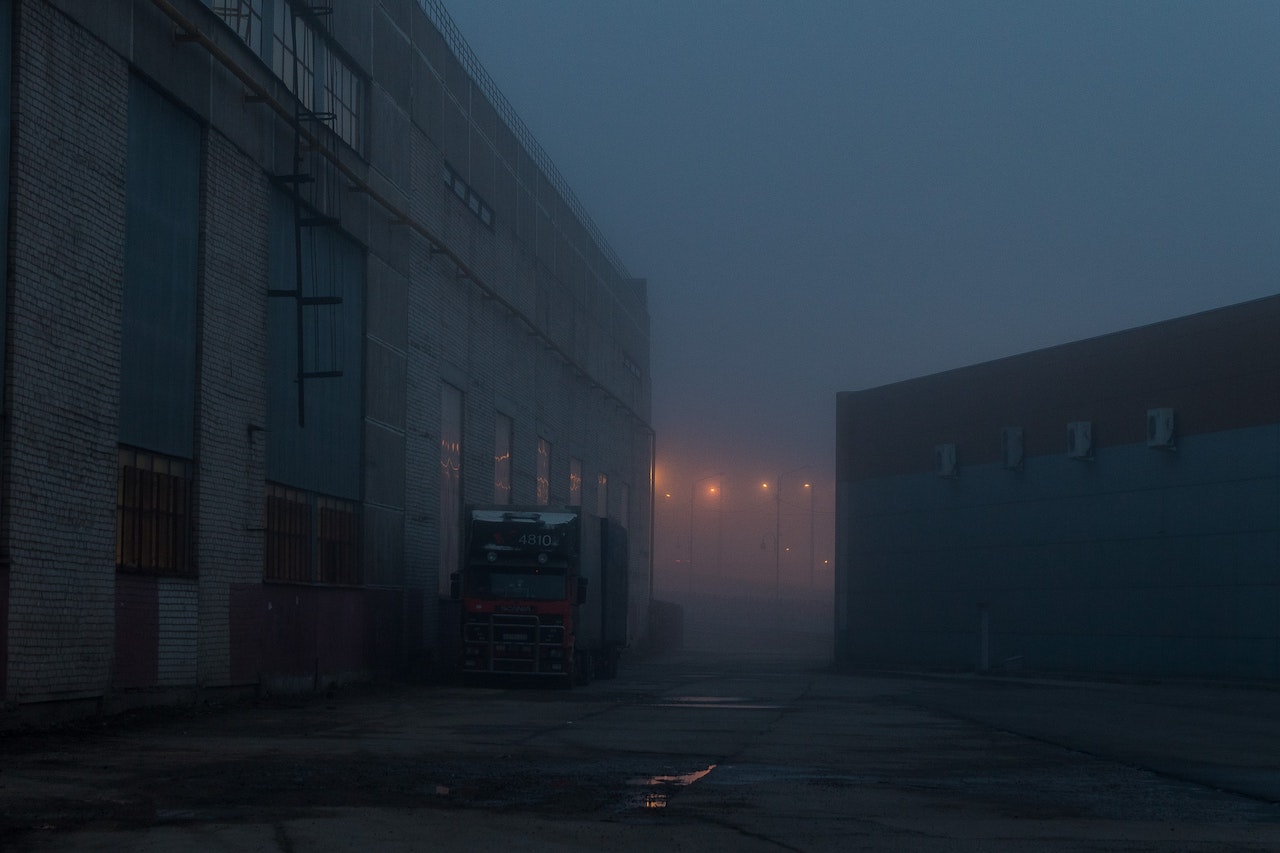 In “Toast” by Alan Caldwell, a boy helps his father dispose of a body.

The father wasn’t home two hours later when the boy pulled the string quilt up to his chin, listened to the hum of the gas furnace in the hall, and fell asleep.

Some time later, and he didn’t know how much later, the boy felt a heavy hand on his covered foot and heard the father’s voice, gruffer than usual, “get up” he said, “get your clothes on and don’t forget your coat.”

The boy shivered as he dressed, not so much from the palpable cold but from being awakened before he had slept enough. The father was waiting in the truck. The boy brushed the warm hood as he passed and then climbed onto his end of the dark red bench seat and slammed a door which could only be secured by slamming.

The boy shivered as he dressed, not so much from the palpable cold but from being awakened before he had slept enough.

The father began driving. The boy knew the first turn, and then the second, and even the third, but then, in the uneven headlights, he saw a road he did not know. The father drove fast for what must have been an hour without speaking, and faster still when he turned on yet another road unfamiliar to the boy.  The boy could see that this road was dirt, red and dusty, and he could hear the gravel being crushed beneath the tires. The father slowed the truck and looked closely for something the boy could not discern. Finding what he was looking for, the father turned the truck onto what looked like a loading turnaround for loggers.

The  father reached across the boy and opened the glove box and retrieved a silver flashlight with a red cap and then told the boy to get out. The father jostled the flashlight till its rays evinced the truck bed. It was then that the boy saw it, a mystery at first, a form wrapped in a cloth painter’s tarp. It took him half a minute to recognize that the form was a human one, not entirely unlike an Egyptian mummy the boy had seen in a CB Colby book.  He noticed a dark, almost black, stain on the mummy’s wrapped head.

In one move, the father hoisted the form onto his left shoulder.  Clutching the light in his right hand, he showed the boy a cloth bag, like a pillow case. “Bring that and follow me,” the father said.

The boy shouldered his burden much as the father had done, thinking that the bag probably weighed about the same as his mongrel dog, perhaps 20 lbs, or maybe a little less.

He could hear the father’s breathing as he could now hear even his own, both louder than any breathing he had ever heard. Between straining breaths, the boy smelled the cut and bruised pine, forever his favorite scent.   His lungs burned in the pre-dawn winter’s air and still the breathing grew louder, as if there was not enough air in all of the forest for the two of them.

Then the father slowed and made large and then smaller circles, casting for signs on trees and on the ground. Then he stopped completely and pointed the beam at a barely-visible hole in the earth, a well, abandoned, and covered by intertwining wild grape vines. The father kicked a stone into the abyss and waited for several seconds till he heard an audible splash.  After the stone, he dropped the wrapped form. It caught in the vines and required the father to push it free, then that long pause and that even louder splash.

The father, saying nothing, took the bag from the boy and dropped it also, and for the last time, a pause and a splash. The boy did not  know what was in the bag and had never tried to guess that night. Later, when the boy was a man, and then an old one, scarcely a day passed without a guess,  as he would try to remember that morning and how the bag felt against his back. His memory measured its weight and shape, but they were memories without moorings.

By the time they reached the truck, the Eastern sky was splitting into harsh reds and oranges and again the boy shook, this time from cold and from fear. The journey home took longer. The father drove more slowly now, more measured, and yet he still breathed as if he were in the forest with his burden across his back. It was mid-morning when they arrived home, the father backing into the gravel drive.

Inside, on the table, the boy found 2 fried eggs and 3 pieces of toast on a blue plate covered with a paper towel. He then poured a glass of orange juice and ate the mother’s cold breakfast. The boy went outside and found the father washing dark clots of congealed blood from the truck’s bed. He asked the father if he would take him to school since the bus had long since passed. The father told him to go back to bed.

He pulled the string quilt up to his chin and listened to the droning of the gas heater in the hall. He fell asleep quickly, and when he awoke in the afternoon, the father wasn’t home.