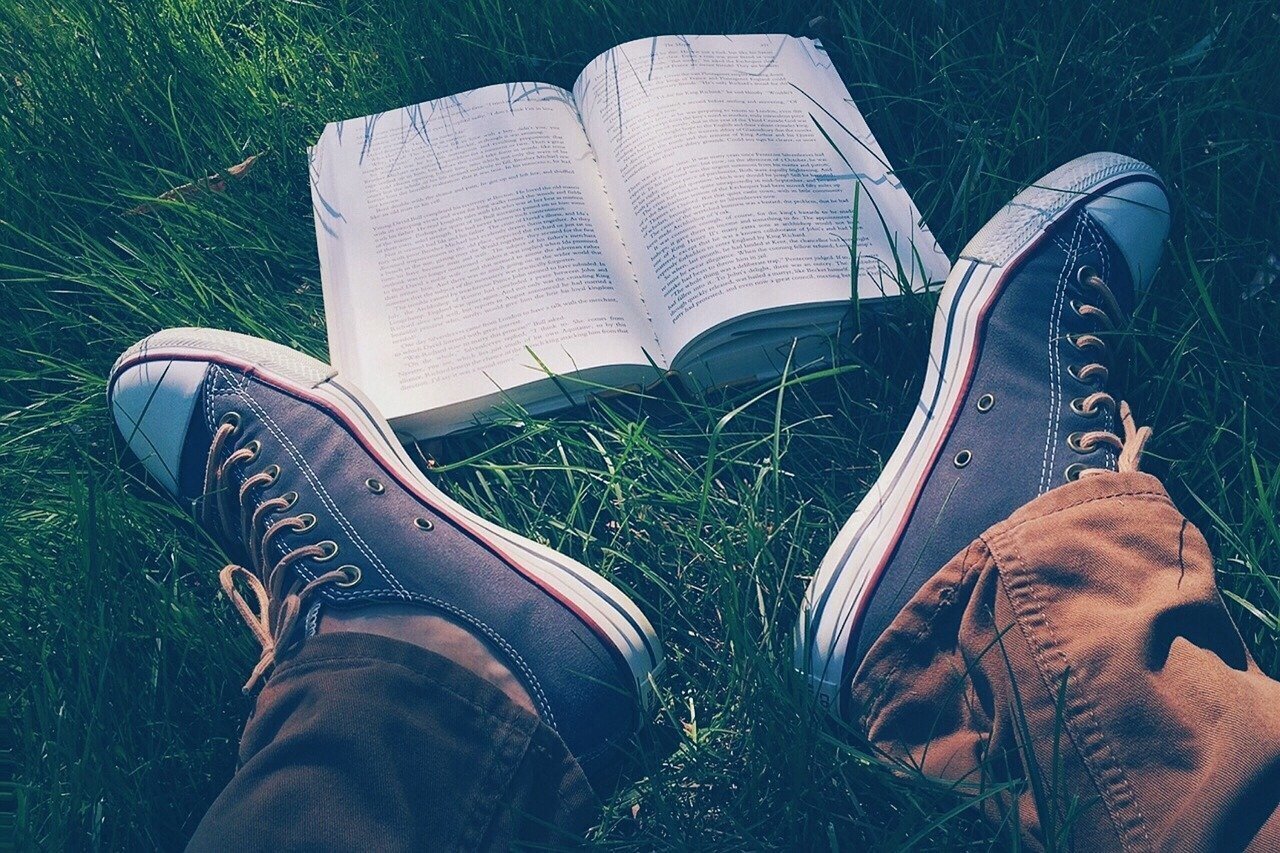 Among the Top 10 bestselling noir crime eBooks in the market this week, the #1 spot goes to Britain-based author Shalini Boland and her new book The Millionaire’s Wife. As the name implies, the story is centered around a female lead character: Anna Blackwell lives a charmed life with her husband. But things haven’t always been this way. When a woman is killed on the other side of the world, Anna knows that her past has caught up with her. That her greatest fear is about to come true. That it’s her turn next.

The Serial Killer’s Daughter is a great psychological thriller with noir flavor from Lesley Welsh. Again, this is a book with a female character in the lead: Suzanne Tyler barely knew her father. But when she’s given a series of secret diaries and eight mysterious photographs of women from his possessions, she knows she won’t be able to rest until she knows the truth about him.

To Suzanne’s shock, one of the photos is of her friend Sophie, who died ten years ago in an unexplained and devastating fire.

But Don only met Sophie once, on an unsettling visit he paid Suzanne just days before Sophie’s death… So why did he have a picture of her?

Unable to let Sophie’s memory alone, Suzanne begins to dig into her father’s life. What horrors is she about to unearth in his diaries? And who is it that’s out there, watching her every move?

Irishman Caimh McDonnell is an award-winning stand-up comedian, author and writer of televisual treats. He is apparently a great crime writer as well. His new novel A Man With One of Those Faces is just great: The first time somebody tried to kill him was an accident.

The second time was deliberate. Now Paul Mulchrone finds himself on the run with nobody to turn to except a nurse who has read one-too-many crime novels and a renegade copper with a penchant for violence. Together they must solve one of the most notorious crimes in Irish history. . . or else they’ll be history.

A Man With One of Those Faces is the first book in Caimh McDonnell’s Dublin Trilogy, which melds fast-paced action with a distinctly Irish acerbic wit.

Secrets of the Dead by Carol Wyer is another serial killer thriller. When a young mother is found drowned in the bath, clutching a receipt saying ‘all debts paid’, Detective Robyn Carter knows it’s just the beginning of a harrowing case. She recognizes the signs of a serial killer, and a second victim with a receipt confirms her worst fears.

There are no witnesses. The victims had no debts. With the body count rising and the local press whipping the public into a frenzy, Robyn is under pressure to solve the crime in record time. But her team can’t find a link between the victims, and the cracks are starting to show.

Just when her leads have dried up, Robyn discovers photographs in two of the victims’ houses, which she thinks could unlock the case. But as she hones in on the killer’s shocking motive, one of her own is put in terrible danger.

Can Robyn stop the most twisted killer of her career before it’s too late?

Jack Knifed is the second installment in Detective Jack Stratton Mystery series by Christopher Greyson. Handsome police officer Jack Stratton is the “hometown hero cop with a heart of gold.” Constant nightmares have forced him to seek answers about his rough childhood and the dark secrets hidden there. With Alice (aka Replacement) by his side, Jack travels to Hope Falls to solve a murder that occurred before he was born. Everyone in the small town remembers the unsolved murder of Steven Ritter, but after 27 years, no one thought that someone would look into it–but they don’t know Jack.

If you like sniper stories you might want to check out the new novel by J. R. McLeay titled Unlucky Day. A mysterious sniper is killing random New York City citizens at the same time every day.

Detective Joe Bannon and his partner Hannah Trimble follow the breadcrumb trail of clues down repeated blind alleys. With citizens fearing to venture outside, the streets of Manhattan have become nearly deserted.

When the sniper begins escalating the profile of his targets, higher level government agencies are pulled in. But the shooter always seems to be one step ahead of the law and slips away whenever the authorities get close.

As copycat killings begin spreading to other cities across the U.S., the President hatches a dangerous plan to trap the killer. Can Joe and Hannah catch the assassin before he executes the most closely guarded man in history?

Carol Wyer is really doing good as she has another title in the top 10 list this week (#7). The Missing Girls is the third installment of a thriller series: When, a girl’s body is found at a Midlands storage unit, it is too decomposed for Detective Robyn Carter to read the signs left by the killer.

No one knows the woman in blue who rented the unit; her hire van can’t be traced. But as the leads run dry another body is uncovered. This time the killer’s distinctive mark is plain to see, and matching scratches on the first victim’s skeleton make Robyn suspect she’s searching for a serial killer.

As Robyn closes in on the killer’s shocking hunting ground, another girl goes missing, and this time it’s someone close to her own heart.

Robyn can’t lose another loved one. Can she find the sickest individual she has ever faced, before it’s too late?

It seems people like to read serial killer stories in the summer. Evidence? Here is another popular book by Angela Marsons titled Dead Souls.

When a collection of human bones is unearthed during a routine archaeological dig, a Black Country field suddenly becomes a complex crime scene for Detective Kim Stone.

As the bones are sorted, it becomes clear that the grave contains more than one victim. The bodies hint at unimaginable horror, bearing the markings of bullet holes and animal traps.

Forced to work alongside Detective Travis, with whom she shares a troubled past, Kim begins to uncover a dark secretive relationship between the families who own the land in which the bodies were found.

But while Kim is immersed in one of the most complicated investigations she’s ever led, her team are caught up in a spate of sickening hate crimes. Kim is close to revealing the truth behind the murders, yet soon finds one of her own is in jeopardy – and the clock is ticking. Can she solve the case and save them from grave danger – before it’s too late?

Dennis Lehane is always a must-read author and this summer, one of his relatively older novels is trending among mystery readers: A Drink Before the War is the first book in a series: As richly complex and brutal as the terrain it depicts, here is the mesmerizing, darkly original novel that heralded the arrival of Dennis Lehane, the master of the new noir—and introduced Patrick Kenzie and Angela Gennaro, his smart and tough private investigators weaned on the blue-collar streets of Dorchester.

A cabal of powerful Boston politicians is willing to pay Kenzie and Gennaro big money for a seemingly small job: to find a missing cleaning woman who stole some secret documents. As Kenzie and Gennaro learn, however, this crime is no ordinary theft. It’s about justice, about right and wrong. But in Boston, finding the truth isn’t just a dirty business . . . it’s deadly.

In case you have not read anything from this author, you must. Dennis Lehane is the author of the New York Times bestseller Mystic River, which was later made into an Academy Award winning film, also called Mystic River, directed by Clint Eastwood and starring Sean Penn, Tim Robbins, and Kevin Bacon (Lehane can be briefly seen waving from a car in the parade scene at the end of the film). The novel was a finalist for the PEN/Winship Award and won the Anthony Award and the Barry Award for Best Novel, the Massachusetts Book Award in Fiction, and France’s Prix Mystere de la Critique.

Anatomy of Cheating by Nesly Clerge is a bit different than other titles in this week’s bestsellers and is more about passion and crime: Lust, deception, betrayal, and their inevitable outcomes weave a web nearly impossible to escape in Nesly Clerge’s latest novel. Chelsea Hall is certain her husband is cheating. Again. How far will a wife go when her adulterous husband pushes her to the edge? Some stop at the cliff’s edge. Others leap into the abyss.

Garrett Hall wants what and who he wants. His detachment from their relationship leads Chelsea to seek what she needs elsewhere, and onto a path that leads to bliss. What begins as a dream-come-true soon becomes a nightmare when the line between who is innocent and who is guilty soon blurs. Until the horrifying truth becomes clear. And, the question becomes, Who will survive?