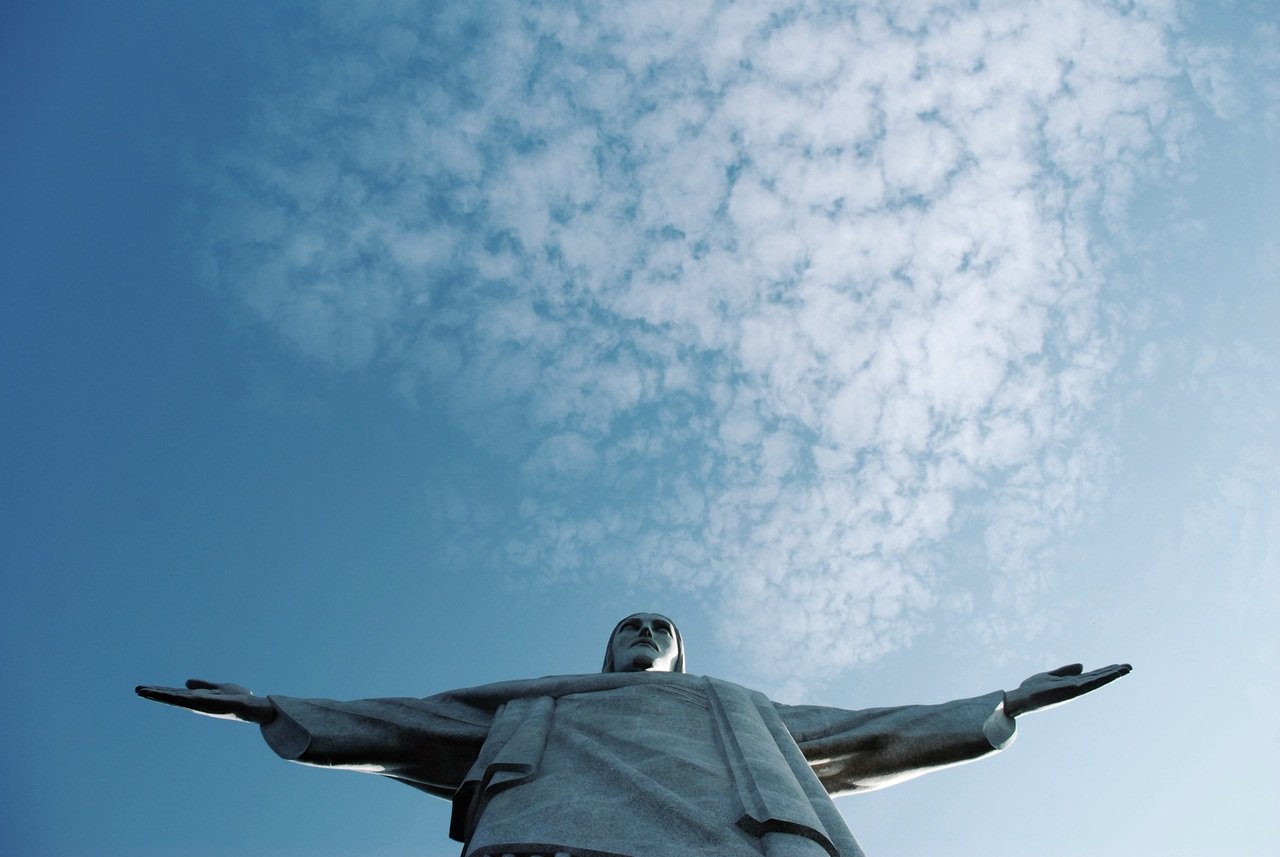 Brazilian crime fiction, as an indigenous genre, started relatively late, by the close of the 20th. Century, blossomed in quantity and  quality and  acquired distinctly Brazilian characteristics. Current Brazilian mystery authors are prolific and have gained international attention.

What comes next is our hand-picked list of some of the best crime and mystery fictions published from Brazilian authors. We hope you enjoy the list.

The Killer: A Psychological Thriller: Maquel is a young used car salesman from the mean streets of So Paulo with a bad toothache and a bleak outlook: “The essence of man, the material he’s made of, is something black and stinking.”

When a petty barroom tiff turns sour, Maquel gets his first taste of the kill. But instead of being arrested, he is lauded as a local hero. Yet something in the undertow continues to trouble him. Deeply. Maquel pays a visit to Dr. Carvalho–a dentist with gleaming canines and a peculiar interest in violence. The doctor lectures Maquel on “the theory of the born criminal” and offers him a deal: free dental care in exchange for the death of the man who raped his daughter.

Soon the dentist’s wealthy friends want to make deals with Maquel, too. Maquel has become The Killer. Thus bombarded from without and within, Maquel’s life in crime escalates to stunning heights. Brutal infidelities are committed, Mafia-style dealings are conducted, and civic honors are bestowed. From there, the fall is devastating.

Lost Manuscript: What better place to hide a collection of priceless jewels than among the glitter and ostrich feathers of Rio’s Carnival parade? The film-director narrator suddenly finds himself the custodian of such a valuable horde after the nocturnal visit of a young dancer who is soon found murdered.

The Silence of the Rain: An Inspector Espinosa Mystery. In a parking garage in the center of Rio de Janeiro, corporate executive Ricardo Carvalho is found dead in his car, a bullet in his head, his wallet and briefcase missing.

Inspector Espinosa is called in to investigate the apparent robbery and murder, but the world-weary Espinosa knows that things are not always as they seem. Carvalho’s recently acquired one-million-dollar life insurance policy and the subsequent disappearance of his secretary Rose complicate matters—as does Espinosa’s attraction to Carvalho’s beautiful widow, one of the suspects.

And when two more people turn up dead, Espinosa must speed up his investigation before anyone else becomes a casualty.

In Praise of Lies: When Jose met Melissa he had no idea he was getting involved with a deadly woman. She was an expert on poisonous snakes and venom. Jose was a crime writer who wanted to use this in his latest novel, until Melissa became too interested in the plot.

Whatever Happened to Dulce Veiga? A forty-year-old Brazilian journalist reduced to living in a dilapidated building inhabited by a bizarre human fauna–fortune-tellers, transvestites, tango-loving Argentinean hustlers–is called upon to track down and write the story of Dulce Veiga, a famous singer who disappeared twenty years earlier on the eve of her first big show.

Constructed like a mystery, the novel unravels over a week, evoking a decadent and contaminated atmosphere in which the journalist’s own search for meaning finds its expression in the elusive Dulce Veiga, who constantly appears to him as if in a dream, her arm pointing heavenward.

Vast Emotions and Imperfect Thoughts: Brazilian filmmaker and author Rubem Fonesca has written that highest of treats: a literary thriller that tickles both the cerebellum and the adrenaline gland. The unnamed hero of this novel is, like Fonesca, a filmmaker, but one who has temporarily abandoned the world of cinema in order to make television commercials for his televangelist brother.

On the eve of an important meeting with a German film company, the narrator receives an unexpected visitor, a strange woman named Angélica, who apparently rang his doorbell at random in order to escape from unseen assailants. He allows her to spend the night, but when he awakes the following morning, his house guest is gone. There is only a mysterious package and a note: “‘My friend,’ Angélica’s tiny writing was hard to read. ‘Thank you very much for saving my life…. Please take care of this package for me, hide it well, and one day I’ll come back for it. Your friend Angélica.'”

It seems Angélica spoke her gratitude too soon; it isn’t long before her murdered corpse is discovered, and the narrator finds himself up to his neck in nefarious plots, smuggled jewels, rare manuscripts, and underhanded schemes both political and literary in which the works of the great Russian writer Isaac Babel figure prominently.

Every Bitter Thing: A Chief Inspector Mario Silva Investigation The son of the Foreign Minister of Venezuela is found dead in his apartment in Brasilia. Due to the political nature of the crime, Chief Inspector Mario Silva of Brazil’s Federal Police is called in to investigate. As he delves deeper into the murder, he discovers that a chain of murders have occurred throughout Brazil, all with the same MO: victims are first shot in the stomach, then brutally beaten to death, and, even more puzzling, they were all passengers on TAB flight 8101 from Miami to São Paulo. What sinister motive connects these killings? And why does it appear one passenger on that flight, a fifteen-year-old boy who was later raped and killed in prison, is at the heart of it all?

Blood of the Wicked In the interior of Brazil, landless workers battle the owners of vast fazendas. When a visiting archbishop is assassinated, Mario Silva of the federal police is called upon to investigate. Then a newspaper owner, a TV journalist, a landowner’s son, and a priest are brutally killed. In a country where dead street kids are known as “hams,” justice is scarce.

Pursuit: An Inspector Espinosa Mystery When his daughter disappears and a patient emerges as the prime suspect, a troubled psychiatrist comes to Espinosa for help, in the fifth novel in the beguiling Brazilian crime series A hospital psychiatrist feels he’s being stalked by a young patient. For as long as possible, he convinces himself that the young man is harmless, but when the doctor’s daughter disappears and the patient goes missing, too, he calls on Espinosa for help.

Soon after, the patient turns up dead. With his death begins a chain of other deaths, each more mysterious than the one that preceded it, each seemingly linked to the doctor and his former patient. As Espinosa learns more about the doctor’s history, it becomes harder to discern the stalker from the stalked, reality from fantasy, and the sane from the diabolical. In this installment of the “seductive, fascinating” (The New York Times Book Review) series, the sultry maze of Rio de Janeiro’s streets conspires against Espinosa, confounding his judgment, stymieing his search, and, somewhere, concealing a murderer.

Southwesterly Wind: Chief of the Copacabana precinct Espinosa is more than happy to interrupt his paperwork when a terrified young man arrives at the station with a bizarre story. A psychic has predicted that he would commit a murder, it seems, and the prediction has become fact in the young man’s mind. As the weather changes and the southwesterly wind — always a sign of dramatic change — starts up, what at first seems like paranoia becomes brutal reality. Two violent murders occur, and their only link is the lonely, clever man who had sought Espinosa out a few days earlier for help.

Blood of the Wicked: The first book in Leighton Gage’s critically acclaimed police procedural series. Chief Inspector Mario Silva of Brazil’s Federal Police is a good cop in a bad system—Brazil’s justice system is rife with corruption, and constantly a beat behind criminal elements. But Silva and his team of colorful sidekicks—baby-faced Gonçalves, who is irresistible to lady witnesses; chubby, crass Nuñes; Mara Carta, the chief of intelligence with a soft spot for Mario—crack their difficult and sometimes ugly cases with pizazz.

In the interior of Brazil, landless workers battle the owners of vast fazendas. When a visiting archbishop is assassinated, Mario Silva is called upon to investigate. Then a newspaper owner, a TV journalist, a landowner’s son, and a priest are brutally killed. In a country where dead street kids are known as “hams,” justice is scarce.