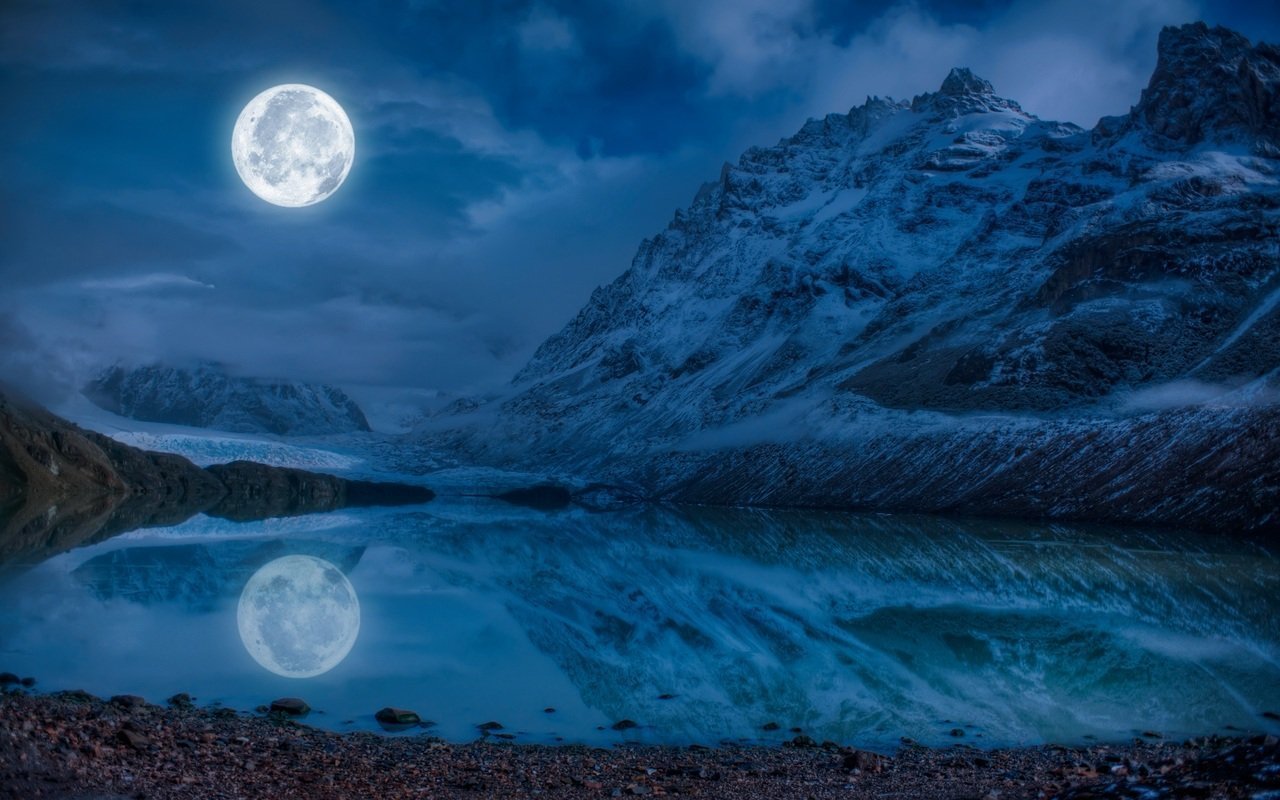 Although Canadian crime fiction novels might not be as well-known as their American equivalents, Canadian authors have made significant contribution to the world of crime fiction and especially in the recent years, with authors such as Louise Penny, readers and critics pay more attention to the authors from this country.

What comes next is the list of Top 10 modern crime fiction novels, compiled based on the feedback we have got from our readers, various authors and also our previous reviews. We hope you enjoy the list.

A Trick of the Light: A Chief Inspector Gamache Novel “Hearts are broken,” Lillian Dyson carefully underlined in a book. “Sweet relationships are dead.” But now Lillian herself is dead. Found among the bleeding hearts and lilacs of Clara Morrow’s garden in Three Pines, shattering the celebrations of Clara’s solo show at the famed Musée in Montreal. Chief Inspector Gamache, the head of homicide at the Sûreté du Québec, is called to the tiny Quebec village and there he finds the art world gathered, and with it a world of shading and nuance, a world of shadow and light. Where nothing is as it seems. Behind every smile there lurks a sneer. Inside every sweet relationship there hides a broken heart. And even when facts are slowly exposed, it is no longer clear to Gamache and his team if what they’ve found is the truth, or simply a trick of the light.

April Fool: Arthur Beauchamp, the scholarly, self-doubting legend of the B.C. criminal bar (and one of Deverell’s most amiable — and crafty — protagonists), is enjoying his retirement as a hobbyist farmer on B.C.’s Garibaldi Island when he is dragged back to court to defend an old client. Nick “the Owl” Faloon, once one of the world’s top jewel thieves, has been accused of raping and murdering a psychologist. Beauchamp has scarcely registered how unlikely it is that the diminutive Faloon has hurt anyone when his own personal life takes an abrupt turn. His new wife, Margaret Blake, organic farmer and environmental activist, has taken up residence fifty feet above ground in a tree she is determined to save for the eagles and from the loggers. Beauchamp shuttles between Vancouver and the island, doing what he can to save the tree and get his wife back — and defend Faloon.

Garcia’s Heart: A Novel Neurologist Patrick Lazerenko travels to The Hague to witness the war crimes trial of his mentor, Hernan García, a Honduran doctor accused of involvement in torture. As García’s supposed crimes are revealed, Patrick wrestles with what truth there may be behind the accusations, haunted as he is by his own youthful memories of the man and his family. But it isn’t until García’s shocking intentions come to light that Patrick begins to realize that however sophisticated his knowledge of the brain may be, it will take more for him to understand the human heart.

High Chicago: Toronto investigator Jonah Geller has opened his own agency, World Repairs, and he and his partner, Jenn Raudsepp, are immediately drawn into investigating the apparent suicide of a young girl — and the high-stakes world of construction and development on a long-neglected parcel of Toronto’s waterfront. Clues lead them to suspect that fabled real estate tycoon Simon Birk — the partner of the dead girl’s father — is killing people who get in the way of the project, but the evidence isn’t rock solid. And Jonah has to craft an audacious plan to take down one of Chicago’s most powerful men.

The Debba: In Middle East lore the Debba is a mythical Arab hyena that can turn into a man who lures Jewish children away from their families to teach them the language of the beasts. To the Arabs he is a heroic national symbol; to the Jews he is a terrorist. To David Starkman, “The Debba” is a controversial play, written by his father the war hero, and performed only once, in Haifa in 1946, causing a massive riot. By 1977, David is living in Canada, having renounced his Israeli citizenship and withdrawn from his family, haunted by persistent nightmares about his catastrophic turn as a military assassin for Israel.

Upon learning of his father’s gruesome murder, he returns to his homeland for what he hopes will be the final time. Back in Israel, David discovers that his father’s will demands he stage the play within forty-five days of his death, and though he is reluctant to comply, the authorities’ evident relief at his refusal convinces him he must persevere. With his father’s legacy on the line, David is forced to reimmerse himself in a life he thought he’d escaped for good.The heart-stopping climax shows that nothing in Israel is as it appears, and not only are the sins of the fathers revisited upon the sons, but so are their virtues—and the latter are more terrible still.

Bury Your Dead: It is Winter Carnival in Quebec City, bitterly cold and surpassingly beautiful. Chief Inspector Armand Gamache has come not to join the revels but to recover from an investigation gone hauntingly wrong. But violent death is inescapable, even in the apparent sanctuary of the Literary and Historical Society–where an obsessive historian’s quest for the remains of the founder of Quebec, Samuel de Champlain, ends in murder. Could a secret buried with Champlain for nearly four hundred years be so dreadful that someone would kill to protect it?

Meanwhile, Gamache is receiving disquieting letters from the village of Three Pines, where beloved Bistro owner Olivier was recently convicted of murder. “It doesn’t make sense,” Olivier’s partner writes every day. “He didn’t do it, you know.” As past and present collide in this astonishing novel, Gamache must relive a terrible event from his own past before he can begin to bury his dead.

Sign of the Cross: A Mystery Monty Collins is a sharp-tongued public defender who just wants to represent an upstanding character for a change. A priest with something to hide isn’t quite what he had hoped for, but when the literate, arrogant, and tight-lipped Father Brennan Burke is implicated in the strange murder of a young woman, Monty doesn’t just take the case—the case takes him. When Burke won’t come clean, Monty is forced to play private detective, traveling into his client’s past. Things look good for the case until another body is found, marked with the same telltale sign as the first. Burke keeps mum, alternate suspects are ruled out, and the trial looks like it might be lost before deliberation. As if it couldn’t get any worse, Monty’s wisecracking ex-wife enters the picture, and she seems to know more about Burke than Monty does. Evidence and coincidence pile up, leading to a revelation neither Monty nor the reader see coming.

The Boy Must Die: In this breathless thriller, the unforgettable Billy Yamamoto and his inherited team of local cops confront child abuse, professional negligence, and racial intolerance as they investigate connections between a dead boy and numerous “solid” citizens. Occult activities, drugs, and secret teenage pacts intersect with the world of loan sharks and smugglers as a small-town murder crosses the border and threatens to become an international incident—and then another body is found.

Beautiful Lie the Dead (An Inspector Green Mystery): In the dead of night, the phone rings in the missing persons unit of the Ottawa Police department. A brutal blizzard is howling outside, and wealthy social activist Brandon Longstreet has not heard from his fiancée in over twenty-four hours. Friends, family and police are mobilized to search the snowbound city, but when Ottawa Police Inspector Michael Green and his team trace Meredith s recent movements, they discover she made a secret trip to Montreal just before she disappeared. But who is the mysterious Lise Gravelle she’d gone to visit? As Green explores the web of betrayal, deceit, and cover-up for the link between the past and the present, he finds the family and police conspiring to keep the truth hidden. For someone, the price of truth is still too high.

The Accident: Glen Garber, a contractor, has seen his business shaken by the housing crisis, and now his wife, Sheila, is taking a business course at night to increase her chances of landing a good-paying job. But she should have been home by now. With their eight-year-old daughter sleeping soundly, Glen soon finds his worst fears confirmed: Sheila and two others have been killed in a car accident. Grieving and in denial, Glen resolves to investigate the accident himself—and begins to uncover layers of lawlessness beneath the placid surface of their Connecticut suburb, secret after dangerous secret behind the closed doors. Propelled into a vortex of corruption and illegal activity, pursued by mysterious killers, and confronted by threats from neighbors he thought he knew, Glen must take his own desperate measures and go to terrifying new places in himself to avenge his wife and protect his child.