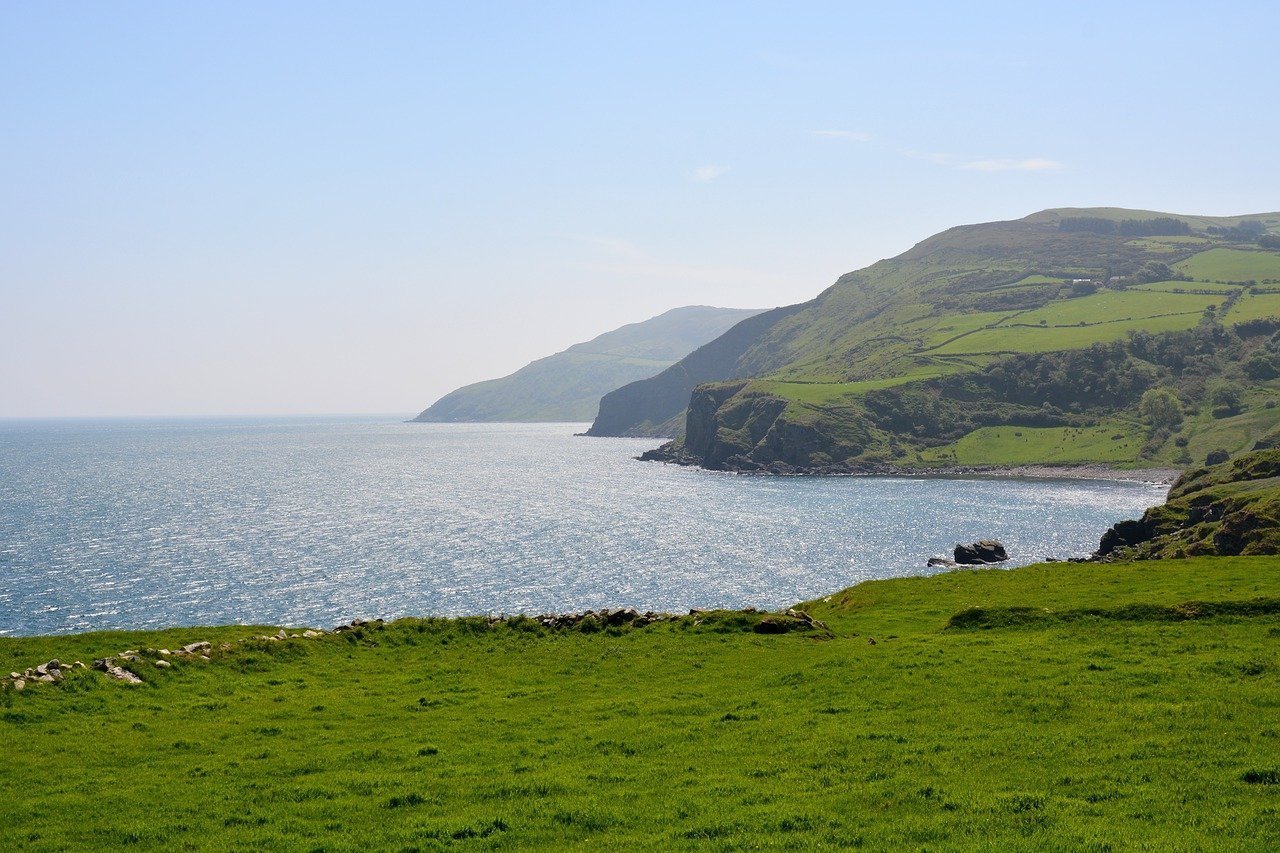 We were truly delighted to put together our picks for Top 10 Great Irish Crime Novels. There is something peculiar about Ireland in respect to literature of crime fiction: This small land has always created great novelists with excellent characters and unique writing style.

What comes next is a list of top 10 modern Irish crime fictions from some great local authors. We hope you enjoy the list.

In the Woods: As dusk approaches a small Dublin suburb in the summer of 1984, mothers begin to call their children home. But on this warm evening, three children do not return from the dark and silent woods. When the police arrive, they find only one of the children gripping a tree trunk in terror, wearing blood-filled sneakers, and unable to recall a single detail of the previous hours.

Twenty years later, the found boy, Rob Ryan, is a detective on the Dublin Murder Squad and keeps his past a secret. But when a twelve-year-old girl is found murdered in the same woods, he and Detective Cassie Maddox—his partner and closest friend—find themselves investigating a case chillingly similar to the previous unsolved mystery. Now, with only snippets of long-buried memories to guide him, Ryan has the chance to uncover both the mystery of the case before him and that of his own shadowy past.

The Guards (Jack Taylor): Still stinging from his unceremonious ouster from the Garda Siochana-The Guards, Ireland’s police force-and staring at the world through the smoky bottom of his beer mug, Jack Taylor is stuck in Galway with nothing to look forward to. In his sober moments Jack aspires to become Ireland’s best private investigator, not to mention it’s first-Irish history, full of betrayal and espionage, discourages any profession so closely related to informing.

But in truth Jack is teetering on the brink of his life’s sharpest edges, his memories of the past cutting deep into his soul and his prospects for the future nonexistent. Nonexistent, that is, until a dazzling woman walks into the bar with a strange request and a rumor about Jack’s talent for finding things. Odds are he won’t be able to climb off his barstool long enough to get involved with his radiant new client, but when he surprises himself by getting hired, Jack has little idea of what he’s getting into.

The Wrong Kind of Blood: An Irish Novel of Suspense (Ed Loy PI) : After twenty years in Los Angeles, Ed Loy has come home to bury his mother. But hers is only the first dead body he encounters after crossing an ocean. The city Loy once knew is an unrecognizable place, filled with gangsters, seducers, hucksters, and crazies, each with a scheme and an angle.

But he can’t refuse the sexy former schoolmate who asks him to find her missing husband—or the old pal-turned-small time criminal who shows up on Loy’s doorstep with a hard-luck story and a recently fired gun. Suddenly, a tragic homecoming could prove fatal for the grieving investigator, as an unexplained photograph of his long-vanished father, a murky property deal, and a corpse discovered in the foundations of town hall combine to turn a curious case into a dark obsession—dragging Ed Loy into a violent underworld of drugs, extortion, and murder.

The Midnight Choir: The current Irish economic and real estate boom forms the backdrop for the assured second novel from Irish journalist Kerrigan. Any smalltime hood with an entrepreneurial bent and a workable scam can quickly work himself into the ranks of the millionaires produced by the boom, forcing police departments all over the country to scramble to keep up.

In Dublin, Det. Insp. Harry Synnot, a man with an acute sense of morality and justice, is working a rape and a jewelry store robbery, manipulating his snitch, Dixie Peyton, and being groomed for a job in the Serious Crime Department of Europol. Meanwhile in Galway, policeman Joe Mills is investigating a mysterious double murder, probably committed by a man he’s just rescued from a rooftop suicide attempt.

Undertow: Arlene Hunt’s novels, based around QuicK Investigations, examine the darker side of modern Ireland. In this, the fourth in the series, the treatment of immigrants, the fate of women forced into employment in the new Ireland, and the personal implications of an ex-partner’s death all criss-cross. Recalling Dennis Lehane’s Gennaro & Kenzie series, Hunt’s novels offer a massively readable insight into the underbelly of Irish society.

The Reckoning: To the public, he’s a hero: a brutal killer who targets sex offenders. To most of London’s police force, he’s the suspect in a gruesome, time-consuming case to be avoided. But to Detective Constable Maeve Kerrigan, he’s a murderer—no matter the sins of his victims—and catching him is her job. Assigned to the case with the division’s unreadable new DI, Josh Derwent, young and inexperienced Maeve is determined to prove she has what it takes to make it as a female in the tough world of the London police.

But for a killer who strikes with such spectacle, this one is proving remarkably elusive. And when Maeve learns his motive might be about exacting revenge, his acts of incredible violence move from abstract justice to the intensely personal, and become all the more terrifying. Unsure whom she can trust even within her own department and knowing her life is at stake, Maeve will have to decide how far she’s willing to go to ensure justice is served.

Dark Times in the City: Ex-con Danny Callaghan is trying to lead a normal life and stay out of trouble when two armed men invade his friend’s bar and attempt to kill another customer. Impulsively, Danny intervenes, setting in motion a train of events that puts him in the middle of power-struggles between warring Dublin gangsters, and makes him a target.

Scalpel: A killer is stalking the corridors of Dublin’s Central Maternity Hospital. A young laboratory assistant is found brutally murdered at her bench. The only clue is a blood-stained scalpel. The police investigation, led by DS Kate Hamilton, is blocked by a wall of silence from hospital staff, desperate to protect their reputations. DS Hamilton suspects the murderer is among them.

As she closes in on the killer, she little realizes that the hunter has become the hunted. In the same week, the newborn baby of one of Ireland’s top industrialists is kidnapped, a baby born at the Central Maternity Hospital only days before. Will Hamilton uncover the killer before he gets to his next victim? Will the police find the baby before it’s too late? Every patient’s nightmare is about to come true.

The Rising: When Garda Inspector Benedict Devlin is summoned to a burning barn, he finds inside the charred remains of a man who is quickly identified as a local drug dealer, Martin Kielty. It soon becomes clear that Kielty’s death was no accident, and suspicion falls on a local vigilante group. Former paramilitaries, the men call themselves The Rising. Meanwhile, a former colleague’s teenage son has gone missing during a seaside camping trip. Devlin is relieved when the boy’s mother, Caroline Williams, receives a text message from her son’s phone, and so when a body is reported, washed up on a nearby beach, the inspector is baffled.

When another drug dealer is killed, Devlin realizes that the spate of deaths is more complex than mere vigilantism. But just as it seems he is close to understanding the case, a personal crisis will strike at the heart of Ben’s own family, and he will be forced to confront the compromises his career has forced upon him.

A June of Ordinary Murders:  A Holmes-like tale set in the Dublin of 1887, a time when the Irish capital was the “second city of the empire,” so of no mean importance to the rulers of those vast global holdings upon which the sun never set. Brady introduces us to Detective Sergeant Joe Swallow of the Dublin Metropolitan Police and his friend, city medial examiner Harry Lafeyre.