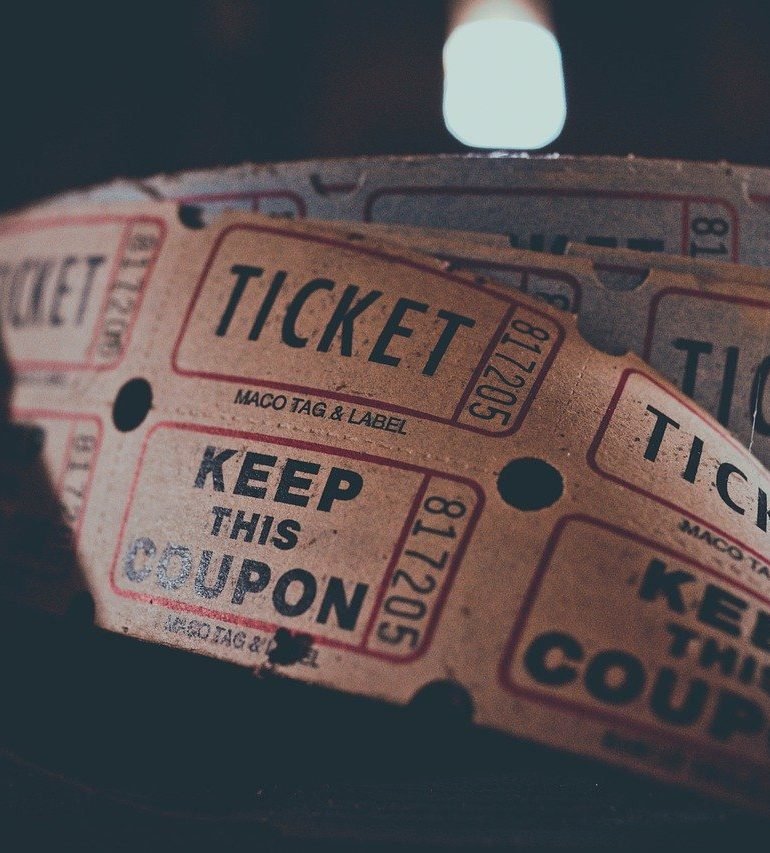 Unemployed and On Probation: Drama Flash Fiction By Carl Robinette

Carl Robinette, author of “Unemployed and On Probation”, has previously published mystery short fiction in Ellery Queen Mystery Magazine,  and Mystery Weekly Magazine among others.

Apart from Unemployed and On Probation, Mystery Tribune has previously published “Luck And Retribution” by Mr. Robinette.

I mean besides, you know how it is with a crappy job–if the work and the pay and the bosses are all crappy, you don’t really care if you lose a job or few.

And I guess just “having a job” isn’t like it used to be.

Like how my grandpa was only ever a night watchman at some office building and it was basically fine.

I remember him when I was little before his aorta exploded inside his chest.

Grandpa didn’t need a big fancy job to own his own house, just a pretty good one.

Grandpa would come home all tired with his shoes polished and uniform still all clean and crisp, his hair slicked back and everything. And I guess he was cool in an old-time way.

He’d come in, hang up his jacket and hat, and he’d sit there drinking whiskey, because I mean, he just got off work and what does my grandma care if a guy has a little drink to take the edge off, no matter what time of morning his shift ends?

That’s how it was. Grandpa didn’t need a big fancy job to own his own house, just a pretty good one.

A good job is hard to find and a bad job is easy to lose, especially for someone on probation….

But to be honest, I don’t even know if I know what a good job is anymore.

Like this one time I was in the breakroom at my old movie theater job, minding my own turtle wax, when two managers come up to me like a couple of slow-leaked farts. And they told me they needed to see me in the office or whatever.

I figured they were finally going to give me that raise which I totally deserved no matter what everybody said.

But when we got into the office, the assistant manager goes, “So, somebody’s been stealing paper towels.” He goes, “Know anything about that?”

I had no clue what he was talking about so that’s what I told him. The main manager was there too, with her stiff hair and hella perfume. Both of them acting like big shots.

The guy, his name was Chip but not like some country club butt-crab name. He was a wicked stylish Asian guy, so he just made the name feel way cooler.

But I don’t like being accused of bull crap crimes like household paper theft, and I guess it showed on my face because Chip goes, “Alright, alright. Take it easy. We didn’t really think you were stealing paper towels. Just pulling your leg.”

And the main manager kind of smiled when Chip said “pulling your leg.”

Her name was Barb.

She goes, “We’ve known about the paper towels for a while, but the thing is–now there’s money missing.”

Turns out, they basically wanted me to be a narc. But even my grandma knows–Don’t be a narc.

And Chip started asking me about someone named Fox. Asking whether I knew if Fox was ripping the place off or whatever, and I told Chip I had no idea what he was saying.

He was going, Fox, Fox. But no matter how many times he said it, I wasn’t going to remember something I never knew. And then he told me he was talking about the guy who I had lunch with three times that week.

I was like, “Oh… That guy? His name is Fox?” and I laughed. But I could tell Chip didn’t think it was funny. Also, I could see how the fact that I laughed at the name Fox might be offensive to a guy named Chip.

Barb goes, “Are you saying you aren’t friends with Fox?”

I told them that I wasn’t friends with him yet, but that I could definitely see myself playing video games with him for several hours straight.

They asked a couple other dumb questions and then they told me to “keep the whole conversation under my hat” and I was like, “I’m not even wearing a hat.”

Then I walked downstairs and told Fox how Barb and Chip suspected him of stealing and Fox just walked right out the front door without saying a word.

I never really saw him again. Bummer, I know. I mean, video games.

The next day I found Barb and Chip in the breakroom having lunch and I figured it was as good a time as any to ask for that raise again. But Barb didn’t even hardly look at me and Chip was a hardcore butt-crab about it.

And did you ever wonder why bosses can’t just say no, and be regular? Just say, Sorry bud, no room in the budget for raises.  You know, let you down easy.

…even if your boss started it, you’re the one who gets a year on probation.

But instead they just start criticizing you for your chronic tardiness and half-assmanship. And you’re listening to them insult you all over hard, and without really thinking about it, you start to slowly tip the water cooler over in the breakroom. And you really don’t mean to tip it over completely. You just want to assert your dominance by making them think you would. Also, you just want them to stop talking.

And your boss starts telling you, Don’t you even think about pushing that cooler over, bro. He’s telling you, stop or he’ll kick your ass.

But by then you’re pushing and pushing, and somehow it’s a smidge too far over to stop it, and boosh–the whole entire breakroom accidently gets flooded.

And even though this could’ve happened to anyone, your boss quickly escalates things to a physical confrontation.

Naturally, you pull his shirt over his head and sock his face so bad, and you keep swinging until someone pulls you off of him.

But even if your boss started it, you’re the one who gets a year on probation. And instead of a raise, you get fired.

But like I said, you just can’t find a good job nowadays.

If you’ve enjoyed Unemployed and On Probation, you can visit our free digital archive of flash fiction here. Additionally, premium short fiction published by Mystery Tribune on a quarterly basis is available digitally here.