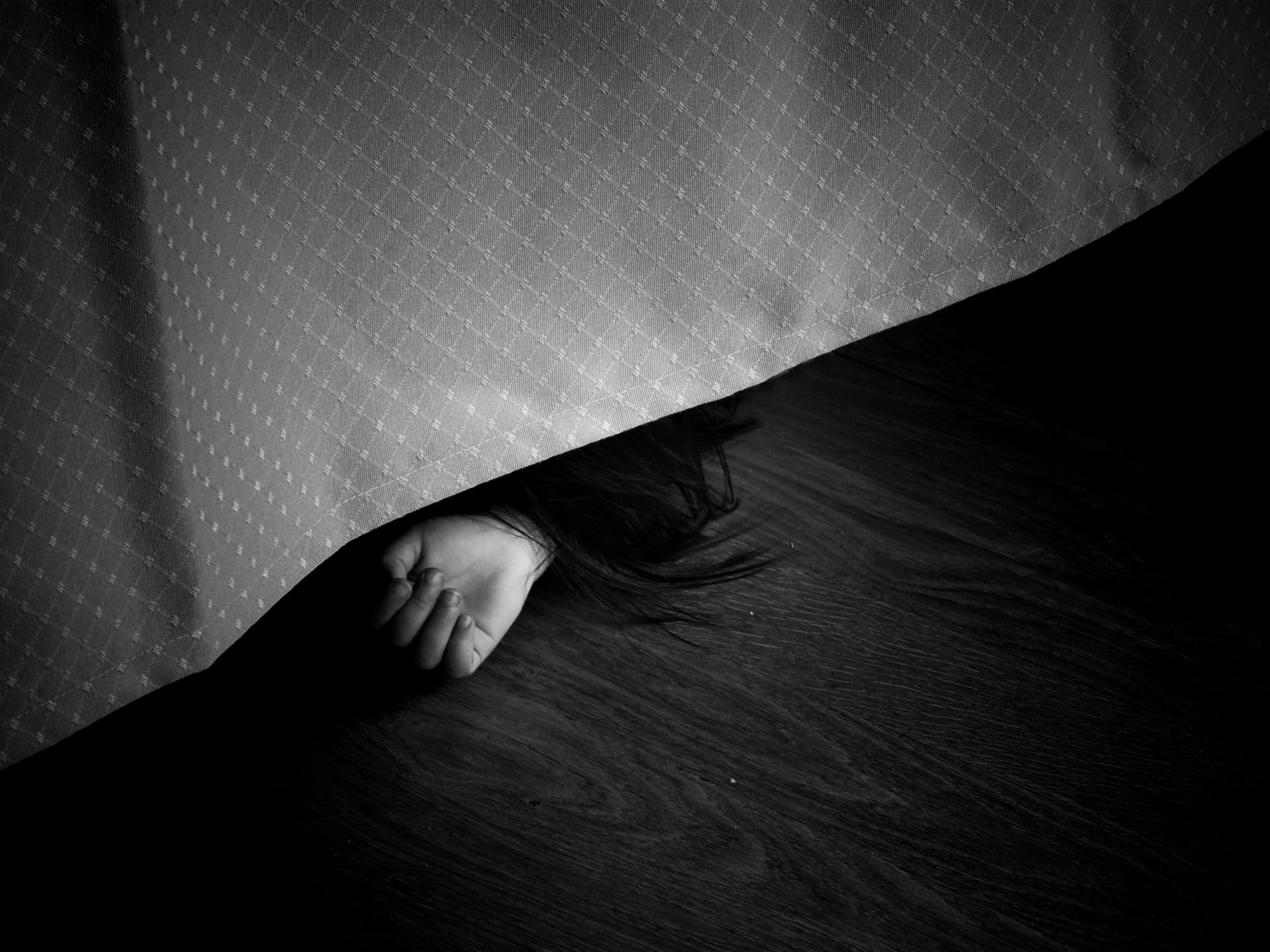 In Unjustice, crime flash fiction by Jennifer Milne, a police officer is forced to choose between justice and revenge as everything she believes about herself and her past is called into question by a vigilante.

Short fiction by Jennifer Milne has previously appeared in Mysterion Online, CinderQ magazine, and The Arcanist among others.

“Detective,” said the murderer. “You’re going to allow me to kill this man.”

She held a gun on her victim. He was tied to a chair with a sack covering his head.

“And why exactly would I do that?” I asked as I held my gun steadily aimed at her head.

“This is why,” she said and pulled the sack off.

And I realized…she was right.

“Eight dead so far over the past month, correct?”

“All accused of horrific crimes, and all acquitted,” I said.

“Yes. But the thing is, they were all guilty.”

“On every one of these cases, the evidence was there, no doubt they did it. But they got off on technicalities. Broken chain of custody, witness confusion, prosecutorial overreach.”

“Was it corruption?” I asked.

“No…it just appears to be…failure. The system is human and mistakes are made ya know?”

“Look at him,” the murderer said to the sobbing man. When he didn’t comply, she pressed the gun against his temple forcefully and yelled.

He looked at me and recognition dawned on his face.

“Please help me, that vigilante almost killed me!” wept the murderer.

He’d been rejected by a girl he worked with. So he broke into her house and murdered her. Chopped her up in her bathtub and put her in the dumpster in her building.

Covered his tracks well. Not a spot of physical evidence. The next day, got pulled over for not signaling.

Got off because he wasn’t read his Miranda rights.

Now he sat in a chair reserved for victims, a blanket around his shoulders and a coffee in his trembling hand.

“She came in my house…I feel so violated!”

I bit down on my cheek so hard I tasted blood.

“We’ll put officers on your house to protect you,” I told him, doing my best to reassure him despite my disgust.

My feelings didn’t matter. Legally he was innocent. And it was my duty to protect the innocent.

We found him dead that night. The vigilante got him.

And I didn’t mourn.

But neither did I celebrate.

“They got it thrown out—“

“The justice system is human Bethany. And…sometimes…mistakes are made.”

“So he’s just gonna get away with it?”

She took a deep breath then exhaled and nodded.

“How is this justice?” I whispered.

“Your stepfather should face justice for what he did Detective,” said the vigilante.

“That wasn’t justice! That was the so-called justice system!” she screamed. “The system is broken beyond repair. We have to take it back, take things into our own hands.”

The vigilante walked over to me.

“My father was a famous athlete,” she said. “He murdered my mother in cold blood. Between his slick lawyers and adoring fans who simply couldn’t believe he’d ever do such a thing…he got off. One night, he gets drunk and tells me he did it. Recounts the whole thing, laughing. He didn’t laugh when I slit his throat like he slit my mother’s.”

“My father was a famous athlete,” she said. “He murdered my mother in cold blood…”

My mind flooded with memories: my stepfather coming into my room after my mother had gone to sleep, the face of the lawyer who said I’d seduced him, my stepfather’s shocked expression when he heard “not guilty.” The smug look he’d worn when he left the courtroom.

“Claim the justice you were denied,” she said.

She approached me and lead me back over to him.

“Look into his eyes. That’s helpless fear. Helpless fear just like you had when he came into your room every night…”

The vigilante put her hand around the barrel of my gun and moved it against his head.

Just as I’d begged him to stop.

“No…this is how we restore order,” she said. “By exacting justice on those who escaped it.”

My finger quivered against the trigger.

And suddenly I thought about my mother. My poor mother. Who’d believed me without hesitation when I’d finally told her what was going on.

This memory burst into my mind of her once telling me that the difference between hitting a child and spanking them was whether you did it with or without anger.

“This isn’t justice…” I said, my anger preventing me from lowering my weapon. “This is revenge.”

“Why did you do it Detective?” asked the investigator. “The argument against vigilante justice is they always make a mistake…but she never did. Why did you kill the vigilante and not the stepfather who raped you?”

“The system failed me and it fails countless others. We all agree the system is broken. But you don’t repair something that’s broken by hitting it with a hammer.”

If you have enjoyed this story, you can check out our free digital archive of crime, thriller, and horror flash fiction here. Additionally, premium short fiction published by Mystery Tribune on a quarterly basis is available digitally here.