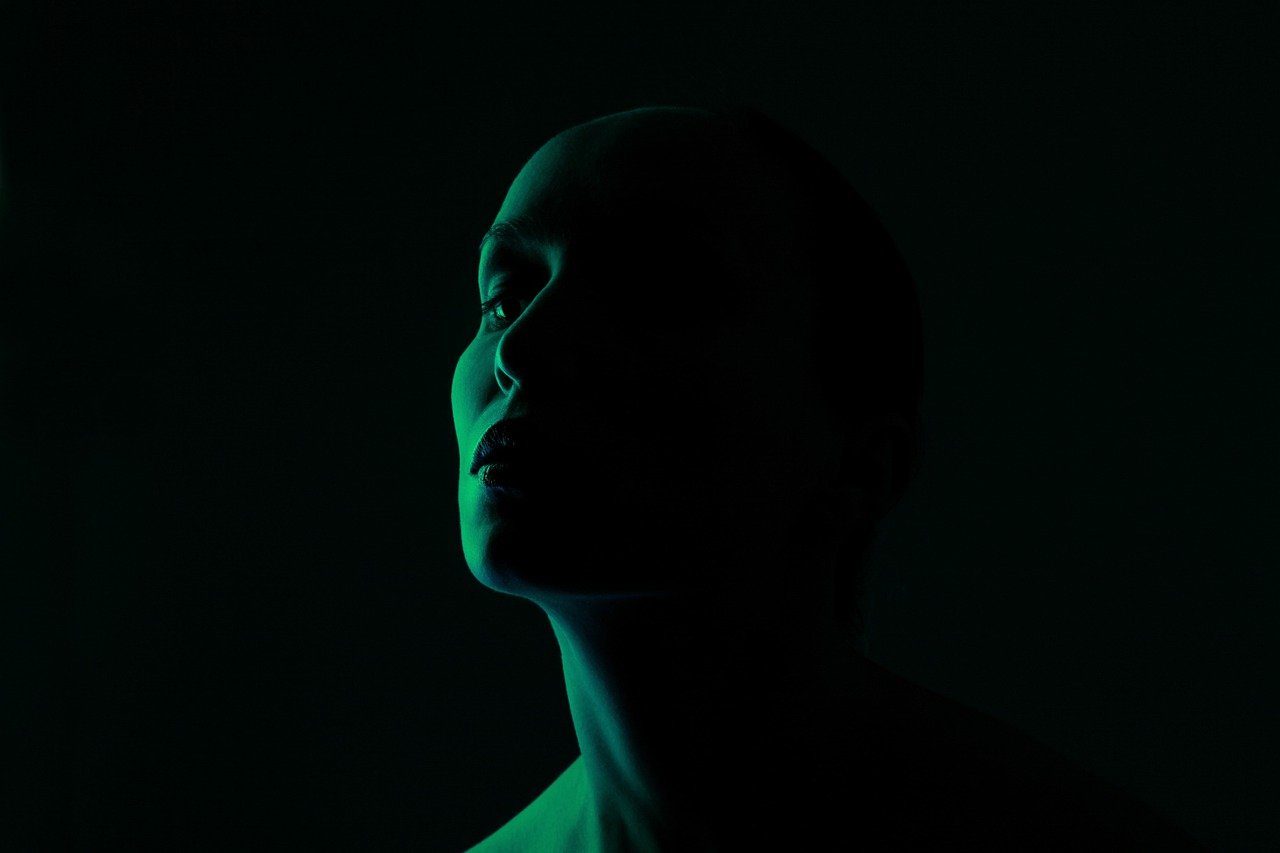 We All Become Our Mothers: Supernatural Flash Fiction By Kate Felix

Kate Felix, author of We All Become Our Mothers, is a writer and filmmaker based in Toronto. Her work has appeared in The Malahat Review, Into the Void, and Cream City Review, among others. Her short films have been selected for over fifty independent film festivals worldwide and she recently won the Wilda Hearne Prize for Flash Fiction.

Georgie crushes her third cigarette of the morning against the inside edge of last night’s shot glass. She sits at her vanity, slithers her hands across her silk-covered thighs, and flicks the light switch on her Hollywood mirror.

Its time to put on her face.

Georgie casts a sideways glance to the reflection as she arranges her lipsticks and powders. A shriveled old goat appears there, but Georgie doesn’t pay her any mind.  That sorry looking beast will be gone soon enough; her sagging lines buried beneath a slick coat of Maybelline Dream #20 -Nude Beige.

Georgie is a blue eye shadow type of gal.  Her mother, Irene-Ann, never tired of telling her how blue was too young a color for a woman past her prime, but Georgie didn’t give two shits.  She had known the sound of jealousy when she had heard it trembling in her ears.

Georgie shakes open her bag of shadows: Shimmering Colbalt, Cerulean Chic, and Azure Sea. The pots scatter themselves before her and Georgie’s eye fall upon the odd one out: Classic Pearl.  Now there’s a shade her mother would wear.  Irene-Ann must have slipped it in there last year, sometime before she took her tumble down the cellar stairs. Georgie herself would never have purchased such a tired shade.

Georgie opens the pot and drags her finger through the white shadow.  She presses the powder to her top lids, opens her eyes, and confronts the mirror. There, staring disapprovingly back at her, is a vision of Irene-Ann: Same sunken cheeks, same pursed lips, same swollen nose.

“Georgina?” says the ivory-lidded ghost. “Just what have you done to yourself this time?”

Georgie leans back in her chair, lights herself another cigarette, and considers the macabre visage of her mother as it floats through the smoke. Georgie had been a fool to think it could have been so easy to get rid of Irene-Ann.  Not seven months in her grave, and already the beast has gotten restless.  Looks like she’s decided to emerge; to creep her shriveled mug straight out from under Georgie’s own silky skin.

“I’ll never forgive you for pushing me, you little Satan,” says the ghost, as she takes a long drag on her cigarette and blows the smoke out against the mirror, “even through I know I goddamn deserved it.”

Georgie brings herself in close to the reflection, looks Irene-Ann straight in the eye, and laughs.

Georgie smiles her wicked smile, flicks the cigarette into the shot glass, and reaches for the Cerulean Chic.

If you’ve enjoyed We All Become Our Mothers, you can visit our free digital archive of flash fiction here. Additionally, premium short fiction published by Mystery Tribune on a quarterly basis is available digitally here.