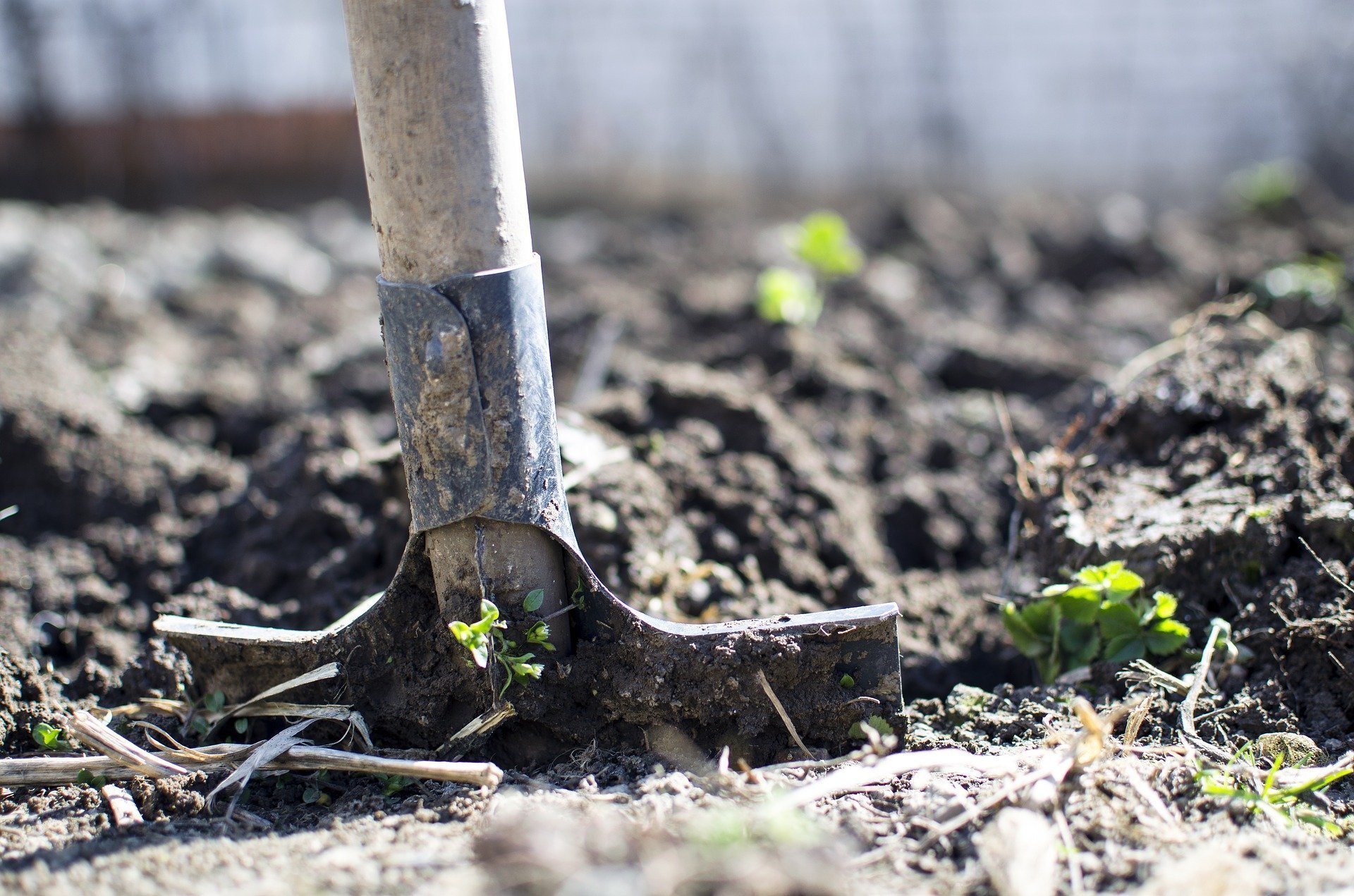 M.A. De Neve, author of Whack, is a retired English teacher. Her short stories have appeared in Mystery Tribune (Killing Her Softly), Over My Dead Body, Yellow Mama and Mysterical -E.

The big man’s shovel hit the woman. She wasn’t his wife except maybe by common law. He’d long ago grown tired of her. He no longer needed her for help felling trees and lugging lumber.

The shovel opened a  deep cut above her right ear. He hit her again and again. She lay still. He backed away from her and went to dig the grave. He used the same bloody shovel he’d used to beat her.

The steel edge of the shovel hit the hard ground behind the garage. He swung the shovel again and again with as much force as he’d used to hit the woman.

He’d been a day laborer for most of his life. He knew how to swing a shovel. He had  expected her to die quickly. The hard ground resisted. Still he swung the shovel. The hold gradually took shape.

He lived on an old farm road. The nearest neighbor was half a mile down the road. Few cars came by the house. It was a 7.5 drive to the highway and another five miles to town.

The dirt piled up around him.  He figured four feet was deep enough. It had been enough for the old dog. He went back around the garage. The woman was gone.

He got in his truck and drove up and down the forested road. She could be anywhere, but after the blows he’d struck, he doubted she could have gone far.  He should have made sure she was dead before he went out to dig the grave.

He went to bed.  He awakened in the dark. Had he heard a footstep? “Woman,” he called. “Is that you, Bitch?”

Most likely she crawled away some place to die.

He finally went back home. No sign of her in the house.

He went to bed.  He awakened in the dark. Had he heard a footstep? “Woman,” he called. “Is that you, Bitch?”

Whack. The bloody shovel hit him hard in the face. It broke his nose. Before he could respond, the shovel blade turned sideways sliced through his neck and severed his head.

The woman turned on the light. Her battered body trembled as she looked down at the dead man.

“Thanks for digging your own grave, Asshole” she said as she collapsed in the bed beside the corpse.

Tomorrow she’d drag him outside and around back. She’d bury him tomorrow.

He always told her she was strong as an ox when she helped him fell trees and drag lumber.