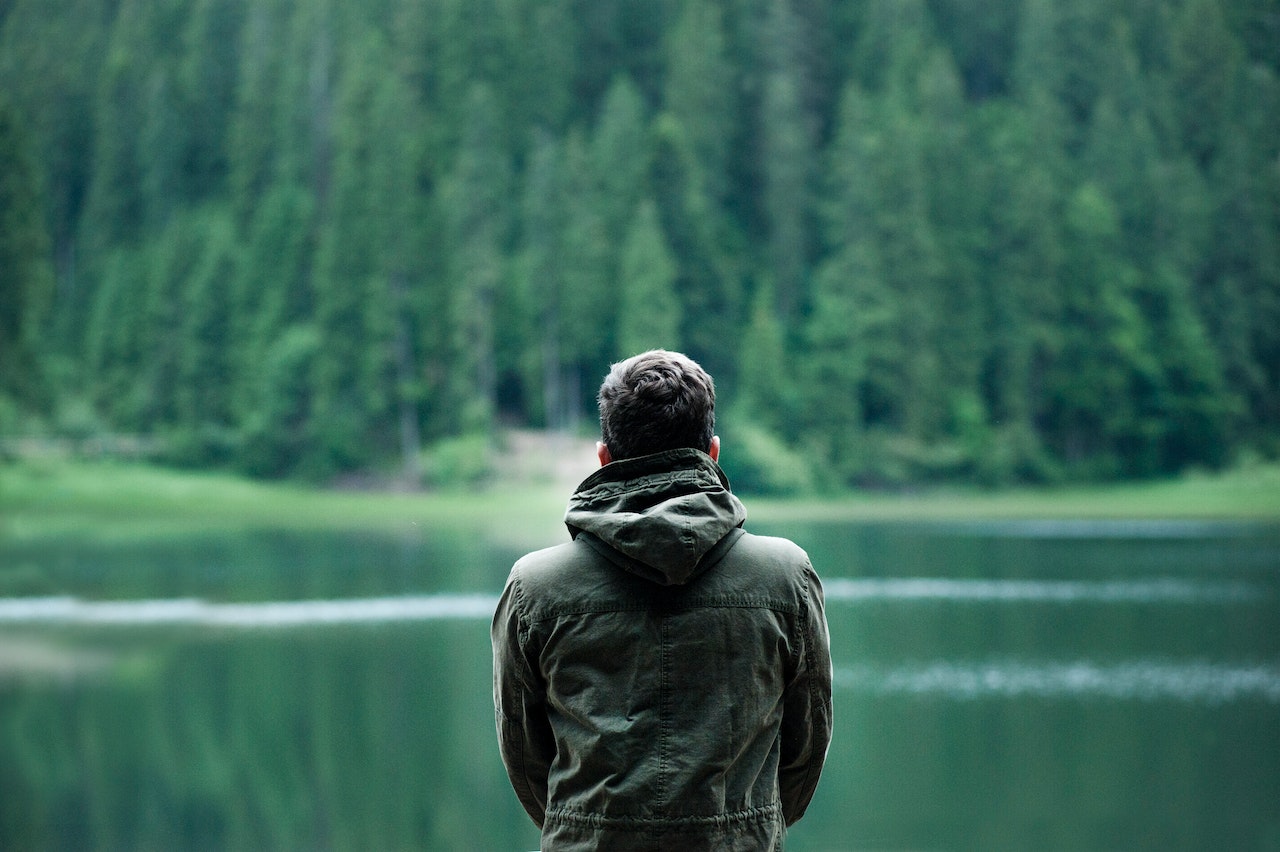 You Are The Body: Thriller Flash Fiction By James Hadley Griffin

James Hadley Griffin, author of “You Are The Body”, is a teacher and writer living in Alabama with his wife and two hounds. His fiction has appeared in Ellery Queen’s Mystery Magazine, Tough, Pulp Modern Flash, and Popcorn Fiction among others.

You are the body they will find, whose contortions will serve as the raw material for a chalk outline.

You are the body with about ten minutes of getting-around money left in your blood as great sticky scarlet waves of it flow out of the center of you.

You are the body she once loved, the one she held, whose chest she would lay her head on all night, listening to the heart that was filled to overflowing only with love for her, the heart whose beat is now aiding in the rhythmic exit of your life from the wound she left just below your xiphoid process.

The bathtub of your consciousness is emptying; your thoughts, memories, ambitions, fears, secrets, regrets, all are getting sucked down the dark drain-swirl of your rapidly failing brain. It feels strange to die, but it’s not quite as terrifying as you had been led to believe.

From where you lie, on your left side with legs scissored a bit at the knee, you can see one side of the motel room. A fan sits on the white pine dresser across the room, oscillating slowly back and forth, as if gently disagreeing with you. No, it seems to say, you’re not getting out of this one. You hold your hand to your stomach to staunch the wound. What’s behind there? you wonder. Did she get your kidney, your liver, your gall bladder?

From where you lie, on your left side with legs scissored a bit at the knee, you can see one side of the motel room.

You try yelling for help. Your lungs push the air needed to yell as far as your voice box, but before it can exit your mouth, the sounds catch, and you choke a bit on them, coughing. And your body’s tightening when you cough is so painful that you momentarily long to die before you have to feel that again. You relax and decide not to try to yell out again because for a moment the pain isn’t volcanically unbearable.

Okay. Now you’re actually starting to feel kind of pleasant. You ease into this newfound comfort and your thoughts coast, riding the updrafts of memory.

You missed her so much when she left. She moved across the country to be with that guy she met while you were still together, the one with the big gums and low forehead. You knew that, at least for a while there, it had been him she’d been thinking of with her head lying on your chest. She’d moved away with him and told you to never call, never contact her again. You said awful things that weren’t true and that you didn’t actually believe just to feel like the fight was fair. Then, in order to justify her betrayal, she had decided to hate you.

You learned that love leaves behind a vacuum when it disappears. And the heart, like nature, abhors a vacuum. Indifference can’t fill the space left behind by true love. It has to be hate, the only emotion with a similar atomic weight. Thus hate, like love, demands attention, focus, and care. It must be tended to. She tended her hate, and you kept tending your love. That’s why you had to follow her, why you sold everything and moved to their town. Just to see her and make her understand. You knew your love would never turn to hate, so what else were you supposed to do with it? Where were those feelings supposed to go?

You consider the door to the motel room. After she stabbed you, she tearfully said that doing this was the only way to make you go away. She had then left quickly and hadn’t closed the door all the way. Craning your head a little allows you to see through the crack in the door out into the parking lot. Occupying the room on the end of a nearly empty motel in a nearly empty part of town means no one is likely to walk by and see you. By the orange sodium-vapor light of the lot streetlamp you can see the sterile-looking pine trees and King Cobra bottles lying among the bleached weeds. Even if you did summon up the strength to crawl out of here, what would even be the point? The only other occupant of this wing of the motel is an aging pervert with watered-down-lemonade hair who is always listening loudly to porn when you walk by.

She works at a hair salon now. The first time you walked in, she gasped and accidentally took a chunk out of some poor woman’s bangs. She told you to leave. You said you’d leave but asked her to meet you for a coffee. She refused. She refused then and every other time you asked. So, you started going by her house. He of the big gums and low forehead told you to “Get the hell offa his property” and that this was a stand-your-ground state. So you left. But you knew the stores she frequented, the same ones she went to when you were together. So, you would bump into her in the vitamin aisle or near the stacks of discount bedsheets and she would turn pale and hustle away.

A face, suddenly, at the door, looking in. The pervert. His red eyes goggle at the blood.

He’s dialing now, calling an ambulance. Probably. He kneels over you.

But you’re too far gone and you know it. Blackness invades your vision and he begins to recede, like you’re looking at him with the wrong end of a telescope.

A final gift to your one true love.

If you’ve enjoyed “You Are The Body”, you can visit our free digital archive of flash fiction here. Additionally, premium short fiction published by Mystery Tribune on a quarterly basis is available digitally here.