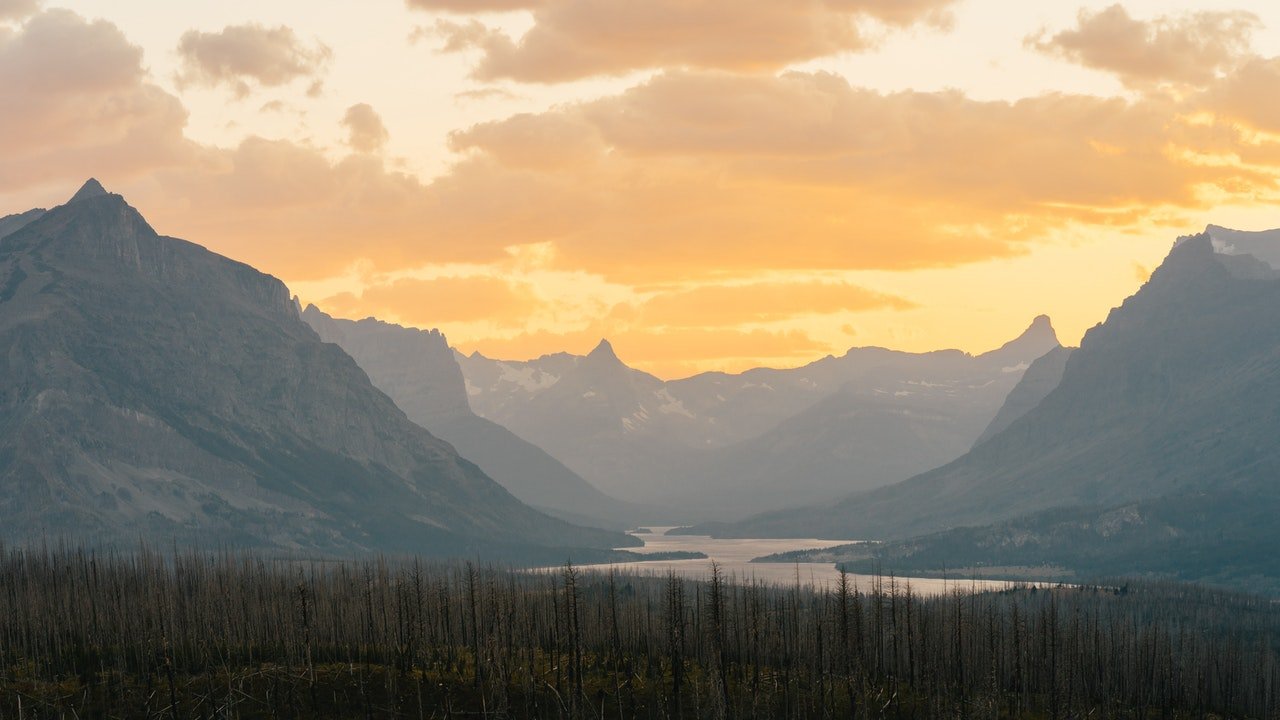 You Wanna Know Why I Did It, Mark, I’ll Tell You

Terena Elizabeth Bell, author of “You Wanna Know Why I Did It, Mark, I’ll Tell You”, has published in The Atlantic, Playboy, The Yale Review, Natural Bridge, Juked, and others, including a Kentucky Writers’ Coalition anthology. Originally from Sinking Fork, Kentucky, she now lives in New York.

I never set out to kill them.

That never was a goal, it wasn’t a design. As a parent, it’s your job to protect your kids — even if it does take ten years to do it.

I liked Maren, I really did, and somewhere along the line I told myself she’d be glad. I mean, they were mean to her too. You saw what they did to her at that play. Whole county was there. Hell, Mark, you remember. You remember what it was like before Dollywood and Ober Gatlinburg and all that stuff got big. We had community.

People supported each other. You went to the high school ball games and the musicals and all those things. Gatlinburg was more than just tourists staying year round in their timeshare chalets. People came here to get married, sure, but — I know you’re on the younger side, but you remember what it was like when you were a kid. We were a community. Everybody was at that play.

I liked Maren, I really did, and somewhere along the line I told myself she’d be glad.

Ah, see, and here I’d thought you were my daughter’s age.

Anyway, if you were any older you’d know what I was talking about. I’m sure your parents do. Hell, it was on stage. If you’d seen what they did up there — Maren was just a kid, this high school kid singing her heart out and those girls had to go and ruin everything. People asked for their money back. Did you know that?

Now, I didn’t. It wasn’t the school’s fault — or that wasn’t at least, although they could have done something about the way those girls were always picking on my daughter.

I’m just saying after the way they done Maren, I figured she’d be glad to see them dead. What’s that word, the German one? Schade-something? I mean, I didn’t expect her to turn a blind eye or anything — she was the investigator on duty, after all — but I definitely didn’t expect her to go whole hog, looking into the case like Perry Mason or Ben Matlock or somebody.

Now, if I’d known that, I don’t know if I would have done it. Or, at least, I wouldn’t have done it there, not in the part of the park where she works. I mean, I killed them there because I could control it there. It’s a matter of jurisdiction. The Smokys are a national park, right? So kill somebody in the mountains and you’d think it’d fall under federal jurisdiction. But not really. You remember what a shitshow it was trying to prosecute those kids who started that fire up there last year: “This part has to be managed by the feds,” “No no, that’s on the state.” Nobody knew who was doing what and how many people died in it?

No, seriously, what was the final count? Thirteen? Fourteen?

Anyway, what’d you ask again? Oh yeah. No. I never set out to kill them. I just held a grudge for ten years. Of course I wanted them dead. I mean, somebody’s that mean to your kid, you remember, right?

Because you don’t get to know. You don’t have a right to that information. You think I’m gonna further humiliate my child by spreading it, telling a story like that around? Everybody saw what happened to Maren. But what happened to my kid, they made sure that was private.

It was bad, okay. Trust me, alright. I may technically be a killer now, but in all these years you’ve known me, you ever know me to tell a lie?

Let’s just say she never got over it. Those girls — you feel sorry for them because they’re dead now, but you have to remember they were not good people. They were mean to everybody and a bunch of those kids they pranked, they never got over it either. Just think of the way they ruined that play. Now magnify it.

They had my daughter afraid to go to school, the way they picked on her every day. She’d come to me in the morning saying, Daddy please, please Daddy. Begging. Begging like that not to go to school. Year after year, day after day, picking on her for things she couldn’t help. She still wakes up crying about it. You know my daughter’s… Well, you’ve met her. Picking on her — with her needs — it’s different.

Of course we did. How can you even ask that? You think after all this time, killing them was my first resort? We practically lived at that principal’s office, my wife and I went there so much. You know that first girl, their ringleader, she was his niece. She wasn’t about to get in trouble. I guess that’s the swing side of community for you.

They had my daughter afraid to go to school, the way they picked on her every day.

Stop asking me that. Have I seriously not said enough? They were mean as shit and deserved to die. And it wasn’t just that, either. It was the way they flouted it, made themselves out all these years later to be victims. What’s that expression? “It gets better”? You know, from the commercials on tv.

Well, for them, Mark — those girls I killed — life does not get to be better. Go look them up on social media, Instagram: You’ll find it. Their little ringleader — look at her page first — she posted this picture on there of where she hung one of those fancy decorating boards in her house— you know the ones I’m talking about, what do they call them? Those pieces of barnwood with the inspirational sayings painted on. What do you call those things? Yeah, I don’t know either. Some type of decor. They’re all over Instagram. You ever go on there?

Yes, I know Maren showed you the picture. If she hadn’t, I wouldn’t be here, now would I?

Anyway, if you’d just let me get back to it — that first girl, the principal’s niece, she hung one of those stupid board things in her living room and you know what it said? It wasn’t even painted on there well, the writing was crooked, and it said, “When they tried to bury you, they never knew you were a seed.” Like she was the one who’d been persecuted, like she was the seed. Mark, that girl was a shovel. An industrial-grade, Caterpillar-brand front loader if I ever saw one.

It pissed me off. It just pissed me off, Mark. I saw that and then I got to thinking about how those boys got away with setting that forest fire last year and I thought, man, that’s it. You can get away with anything if you do it in a national park. Fourteen people. Fourteen. And you’re calling me a serial killer? That fire killed fourteen people and the courts just let them off. Teenagers like those girls were and the system let them go. A whole community, burned to the ground; fourteen people, asphyxiated, burned alive. And the courts? They couldn’t get their act straight and sent them home. “Matter of jurisdiction,” my ass. They killed people. They killed people and then they got to go home and be seeds.

No, Mark, I am not. I absolutely am not doing that. You asked me why now. Because after seeing the way the courts handled that fire, now’s the first time in ten years I knew I could get away with it.

You’re right. It is.

You don’t understand. For her, it was not a long time ago, not with her needs. She was scarred by what they did, changed. Maren might have got over what happened to her — enough apparently to want to find who killed them — but my little girl, she never got over it. And she’s not the only one. Some kids, shit like that hits them hard. You know my daughter’s — well… Lots of kids don’t get over being made fun of like that, day in, day out. Those girls, they weren’t doing humanity any favors.

No. I did this for my daughter. Let’s get that straight right now. Somebody has to make sure there’s justice, some sense of something in this world going right. All these years later and they were still just like those boys — never took accountability for their actions. Take one look at their Instagram and you’d think they were the ones who were wronged. “Look at me, I’ve been persecuted,” “Look at me, I’m a seed.”

That’s where I got the idea on how to kill her, you know — the first one. And then when I’d killed her that way, it was easy to do the same to the others. I knew it worked. I knew how long it takes, how much dirt, how long I could dig and dig and dig in the national park and not be seen. If that hiker hadn’t posted that selfie — you know, the one Maren found on Instagram where I’m back behind the tree — well, you wouldn’t have found a body, now would you, and without a body, we both know there’s no conviction.

Now, all that said, when do I go home?

If you’ve enjoyed “You Wanna Know Why I Did It, Mark, I’ll Tell You”, you can visit our free digital archive of flash fiction here. Additionally, premium short fiction published by Mystery Tribune on a quarterly basis is available digitally here.